On Tuesday, the Ontario County Sheriff’s Office along with the NYS Office of Fire Prevention and Control have shared the results of their inspection of the micro-sprint car involved in the incident on Saturday at Paradise Speedway in Geneva. The Sheriff’s Office reports that the fire was caused by a faulty fuel line that came on an pumped gas onto the floor of the vehicle.

It is believed that a fuel line disconnected from the motor causing the car to stall. The driver, Michael Humphrey, was apparently unaware of why the car stalled and as a result of the gas line coming off, gasoline was being pumped onto the driver’s compartment floor. When Humphrey attempted to restart the engine the gasoline ignited.

The type of race car involved in the incident is different from the standard vehicle in that an independent power relay operates the fuel pump. As long as this relay is switched on, the pump will pump fuel regardless of the engine running or not.

Humphrey, age 69 of Oswego, received severe burns over 60% of his body and was flown by Mercy Flight to Strong Memorial Hospital where he continues to recover.

On Sunday, deputies in Ontario County provided an update on the serious incident that took place at the Paradise Speedway in Phelps.

According to the Sheriff’s Office latest report, Michael L. Humphrey, 69, of Owsego had just completed a practice lap — when he made it off the track without any incident.

Once he arrived back at his trailer, witnesses say his car became engulfed with flames. Humphrey was still trapped inside the vehicle as others in the area worked to frantically remove him. 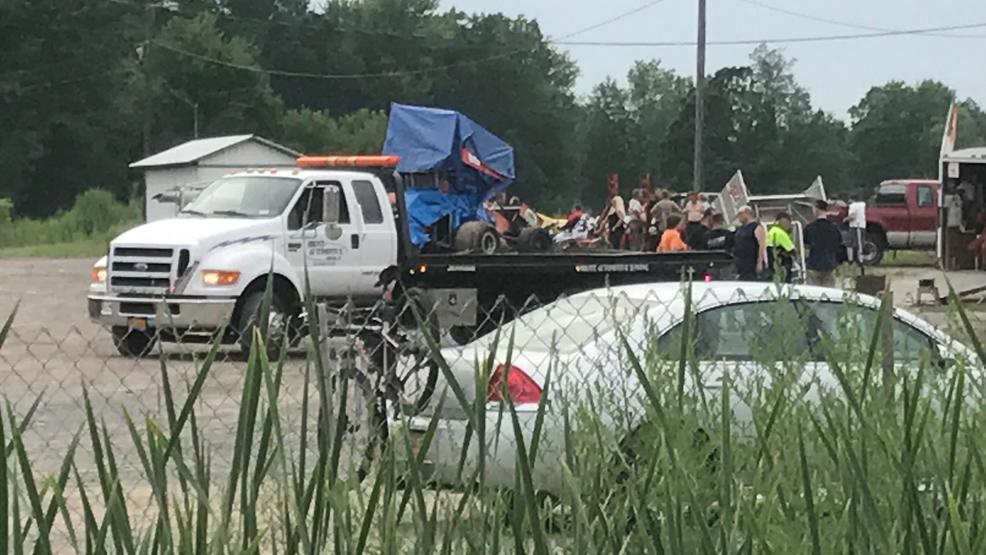 The fire was extinguished and Humphrey was removed — but he suffered third degree burns over much of his body.

Deputies say that Phelps and Finger Lakes Ambulance assisted at the scene. He was airlifted from a landing zone established near Exit 42 to Strong Memorial Hospital for treatment.

The cause of the fire remains under investigation, and Oaks Corners Fire Department also responded to the scene.

Ontario County Sheriff’s Deputies report that a man in his 60’s was flown to Strong Memorial Hospital by Mercy Flight after his sprint car caught fire at Paradise Speedway at 1962 Hayes Road in Geneva on Saturday afternoon.

According to Deputies, the man had pulled off the track after taking a practice lap when it was discovered his car was on fire with the victim still inside. Bystanders helped to pull the man from the car.

There are also reports of a second victim at the scene with trouble breathing and minor burns and the initial radio call suggests there could be a 3rd burn victim.

The cause of the fire is not known at this time.

FingerLakes1.com will have more information on this incident as it becomes available.