Vontae Davis can save his explanation for why he ditched his teammates in the middle of a game.

Davis said Monday that he has not spoken with Davis since the two-time Pro Bowl cornerback left New Era Field at halftime of Sunday’s 31-20 loss to the Los Angeles Chargers and later announced his retirement on social media.

“I have not been in touch with Vontae today,” McDermott said. “His actions spoke loud and clear, so I didn’t feel the need to. I’m focused on my team right now.” 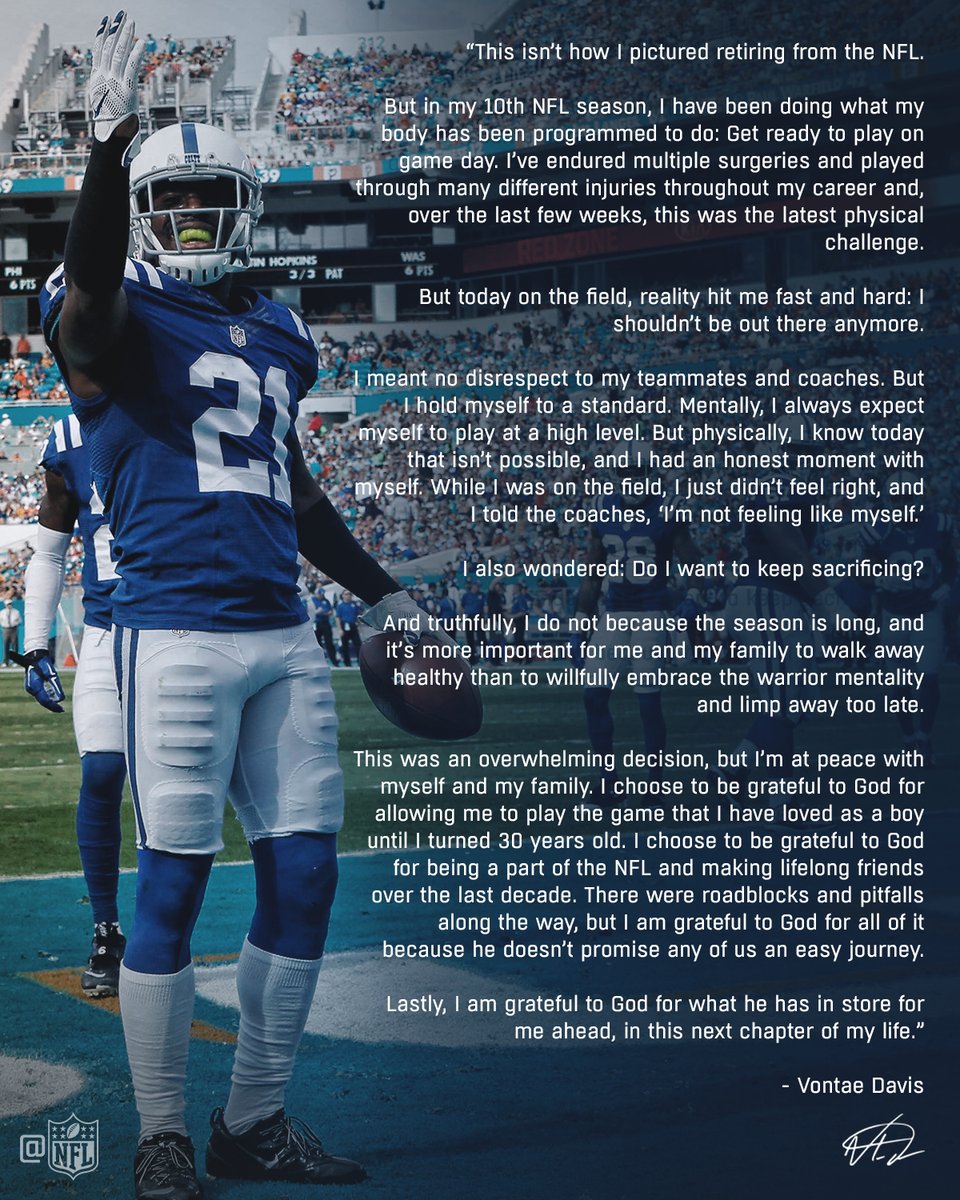