The Canadian gaming industry has grown rapidly over the last few years, and in 2016 the sector contributed more than $3 billion to the country’s GDP. However, North America as a whole is way behind the Asia-Pacific in terms of sales in the global games market. In 2018 it made up 23 percent of all sales, while the leading region contributed 52 percent. The tides could be turning, though, as the USA and Canada’s gaming industries continue to grow at an alarming rate.

The gaming industry in Canada covers every subgenre, but iGaming is perhaps the biggest contributor to the incredible growth of the market in recent times. The online gambling industry is projected to be worth $59.79 billion by 2020, and it has proven to be one of the most lucrative markets in the world of gaming. There are some interesting facts relating to Canada’s position in this market; the country is ranked at number 8 in the world for online gamers, and online gambling is so popular that a number of provinces have launched their own gambling websites. In fact, there are now over 2000 online gambling sites in the North American country. As such, the gambling industry brings in $13 billion per year, and that number is set to increase as more sites crop up.

Canada also has key developers in other areas of the gaming industry. Indeed, some of the best-known console players are based in the country. Rockstar Toronto is part of Rockstar Games, one of the biggest videogame publishers on the planet. The Canadian studio has been responsible for hit games like Grand Theft Auto: Episodes from Liberty City in 2010, and assisted in making Max Payne 3 in 2012 and Grand Theft Auto V which was released in 2015. Eidos Montreal is another huge developer from the country. The studio is owned by Square Enix Europe, and has recently been responsible for the rebooted Tomb Raider games along with Deus Ex. In 2017, Eidos Montreal announced that it had entered a partnership with Marvel Studios to create a range of Avengers games. This will doubtlessly boost revenue massively and has already created a vast number of new jobs. 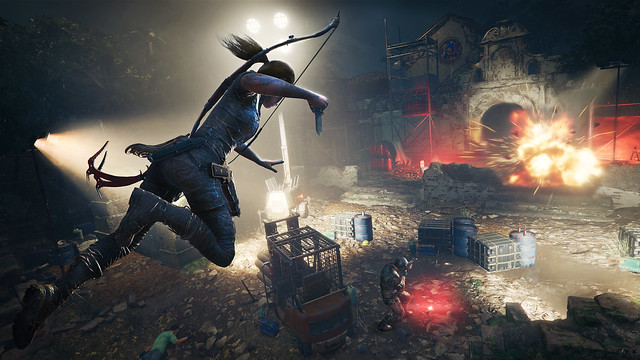 Another reason for the huge growth in the North American gaming industry is the fact that there are large numbers of up-and-coming developers. A prime example is Big Blue Bubble, which was a small independent studio known for creating My Singing Monsters. The success of this game helped springboard the company to worldwide fame, and it is now one of the biggest developers in Canada.

The way North America adapts to technological developments in the next few years could be key to its progress in the worldwide gaming markets. As virtual and augmented reality become more mainstream, whichever developers begin to create content for these platforms are likely to succeed. Some of the world’s best-loved developers hail from the region, putting it in a good position to continue thriving in the near future.