More than $20,000 was raised in four days for an employee still in a Syracuse intensive care unit after being hurt in an Aurelius milk processing plant electrical fire Thursday. 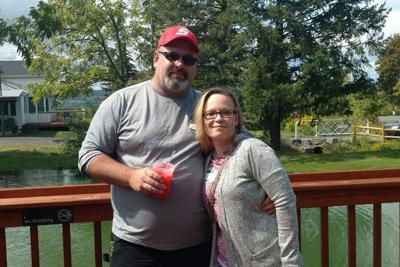 Rebecka Jones said Monday her brother, Jason Bergerstock — one of the injured workers — was seriously injured by the fire.

Bergerstock, a day maintenance supervisor at Cayuga Milk Ingredients, was transported via ambulance from the plant to Upstate University Medical Center in Syracuse where he was admitted to the surgical/trauma ICU — where he still is.

Thirty-four percent of Bergerstock’s body was burned, Jones said in an email, including his hands, arms, face, neck, back, buttocks and legs. Monday he had one of many surgeries needed “to start his long road to recovery,” she said.

His surgery included debridement of all his body burn wounds and skin grafts to his left and right arms, hands, fingers and right leg. Bergerstock’s expected hospital stay is 30 days, Jones said, but his full recovery time — which is expected to be painful — is not yet known.

“There has been a wonderful and humbling outreach from the dairy (and) farm community,” Jones said, adding their family is a dairy family. “Farmers are a tight circle and take care of there own.”