Displays for violent first shooter video games are disappearing from Walmart. In a letter found on social media, Walmart tells employees to review all store signs and displays that show violent images or aggressive behavior.

It points out video games display specifically and states that demos will be updated within the next week.

“I think it’s commendable. I think it’s cool that they’re showing intuitive to take a step. Whether it does any good or not I don’t know,” said Evan Church, a Rochester resident.

In an email to CBS, a Walmart spokesperson says “we’ve taken this action out of respect for the incidents of the past week.”

But some critics say Walmart and other stores should go further and pull the games themselves. 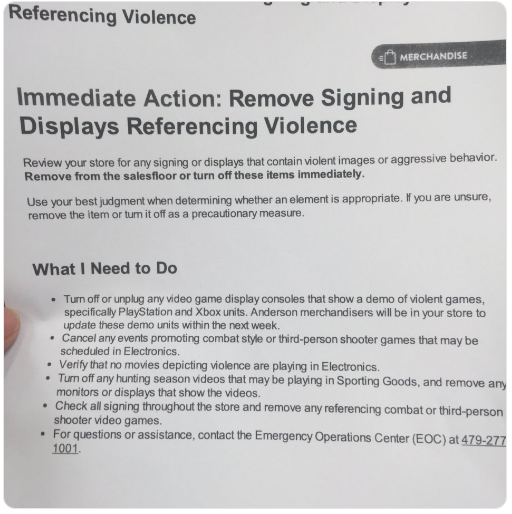