Alleged sexual abuse that took place in the 1970s and 1980s is now subject of a lawsuit; and the named person in that suit is a well-known downtown business owner.

Patricia Rabinovich, 52, who now lives in Florida, is using the one-year window provided by the New York State Child Victims Act to file a lawsuit in state Supreme Court in Cayuga County against Michael Speno, according to The Citizen.

Speno operates an instrument store and repair shop. It’s called Speno Music. According to reporting by The Citizen Speno first abused Rabinovich when she was 9-years-old. 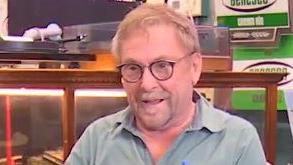 She alleges that it continued until she was 16-years-old.

Read more about the case and accusations from The Auburn Citizen