Skip to content
»
Home > Sports > Sabres lose their sixth straight after falling to the Hurricanes in overtime, 5-4

The Buffalo Sabres kept battling back against the Carolina Hurricanes on Thursday to earn a well-deserved point at KeyBank Center.

Johan Larsson deflected in the game-tying goal with 40.1 seconds left in the third period to force overtime, but Hurricanes defenseman Dougie Hamilton potted the winner with 2:32 to go in the extra period to give Carolina a 5-4 victory. Sabres forwards Jeff Skinner and Curtis Lazar, and defenseman Henri Jokiharju also lit the lamp for Buffalo. 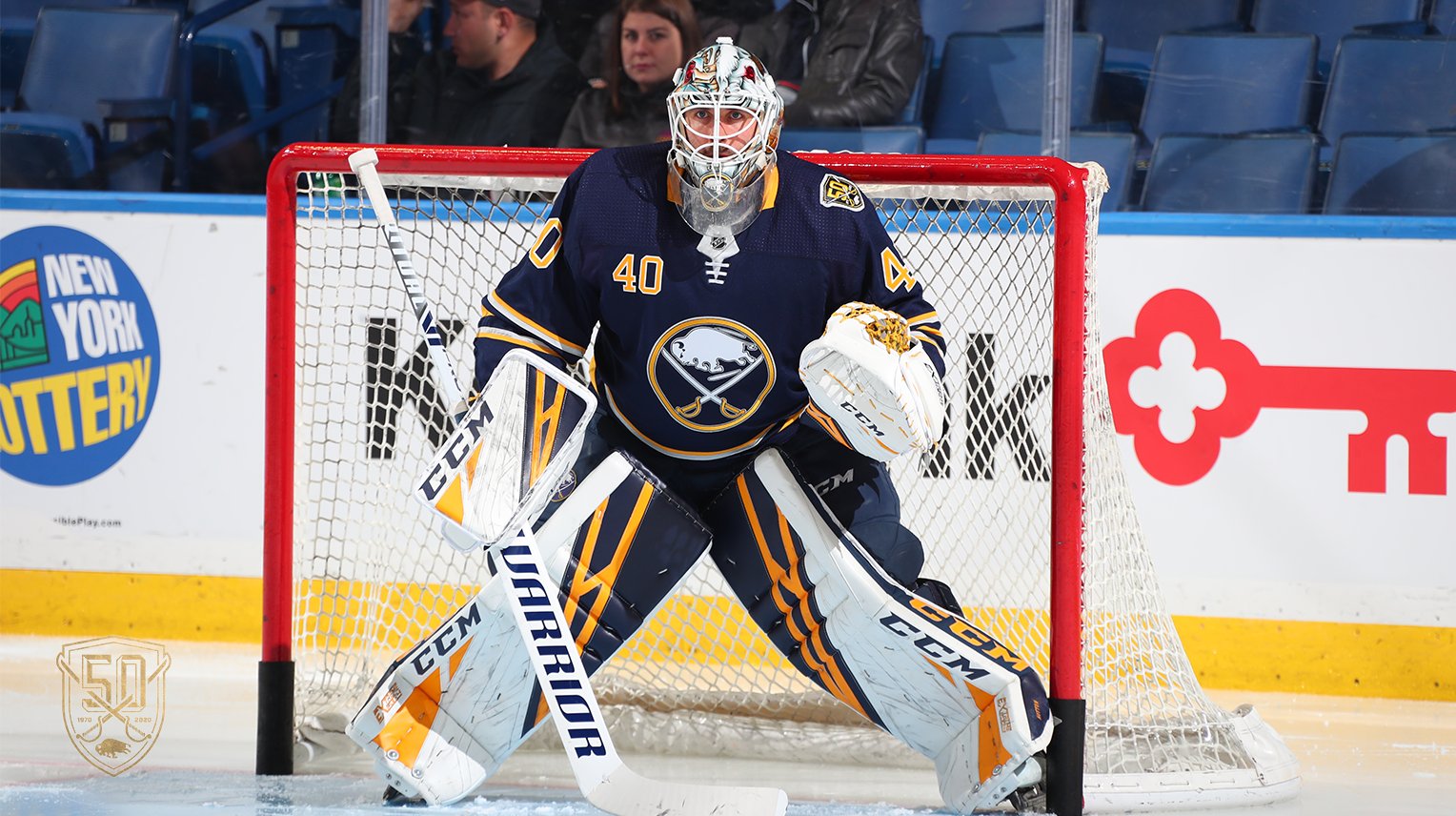 The Sabres fought back in dramatic fashion.

Down 3-2 with 6:25 remaining in the third period, Jokiarju capitalized on a loose puck in the slot to beat Hurricanes goaltender Petr Mrazek and tie the game.

However, 1:58 later, Sabres forward Sam Reinhart was charged with a high-sticking penalty and the Carolina power play went back to work. Andrei Svechnikov scored with 3:54 to go in regulation for his third point of the game.

In case you forgot, @JeffSkinner likes to score against his former team. 🙌#Sabres50 pic.twitter.com/qSuMUFkBoT

His first goal as a Sabre in his first game as a Sabre. 🙌#Sabres50 pic.twitter.com/I0PM6siqYl

Larsson gets the credit for this goal, with assists to Skinner and Olofsson.