The Rochester Americans (18-4-2-2) scored three times on the power-play and received another flawless performance from goaltender Andrew Hammond to complete the weekend sweep with a dominating 5-0 win over the Laval Rocket (15 -12-3-0) Saturday afternoon at Place Bell.

It was with the fifth shutout win of the season for the Amerks, who became just the third AHL team this season to reach the 40-point mark and maintain a three-point lead over the Toronto Marlies for first place in the North Division standings. 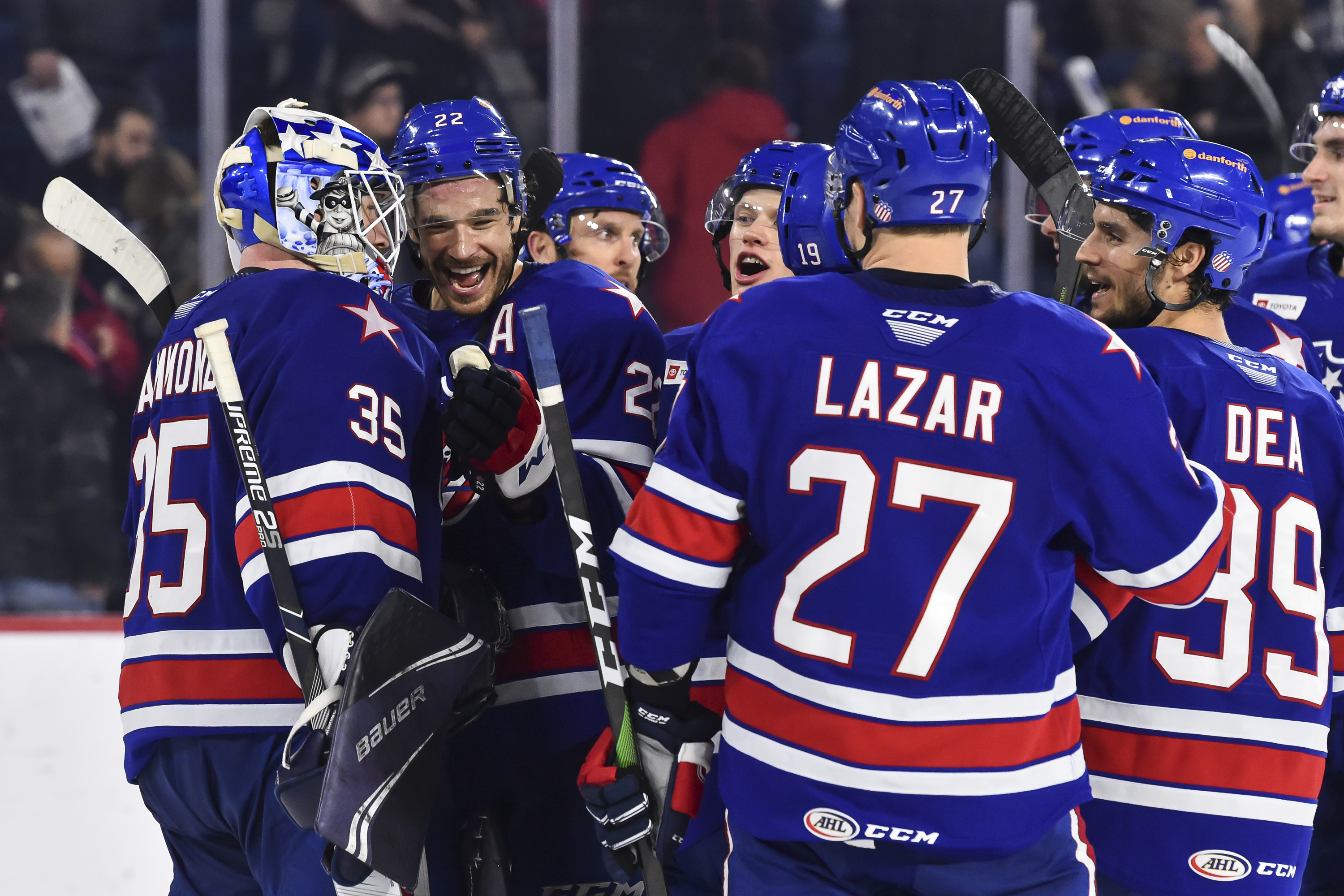 With the win, the Amerks have earned points in 14 of their last 15 games dating back to Nov. 1, showing a 13-1-1-1 record over that span. Additionally, Rochester has picked up points in 20 of the last 23 contests overall, going 16-3-2-2, while also earning 40 out of a possible 52 points through their first 26 contests of the season.

Anddd the #Amerks close out their weekend against the #Rocket with a 5-0 shutout! 😎#UnitedWeROC pic.twitter.com/uOOD04jbDk