The Georgetown Hoyas downed the Orange 89-79 on Saturday here at the Capital One Arena on Saturday in a game that lacked the drama of the old Big East series but certainly contained some of the old bad feelings. 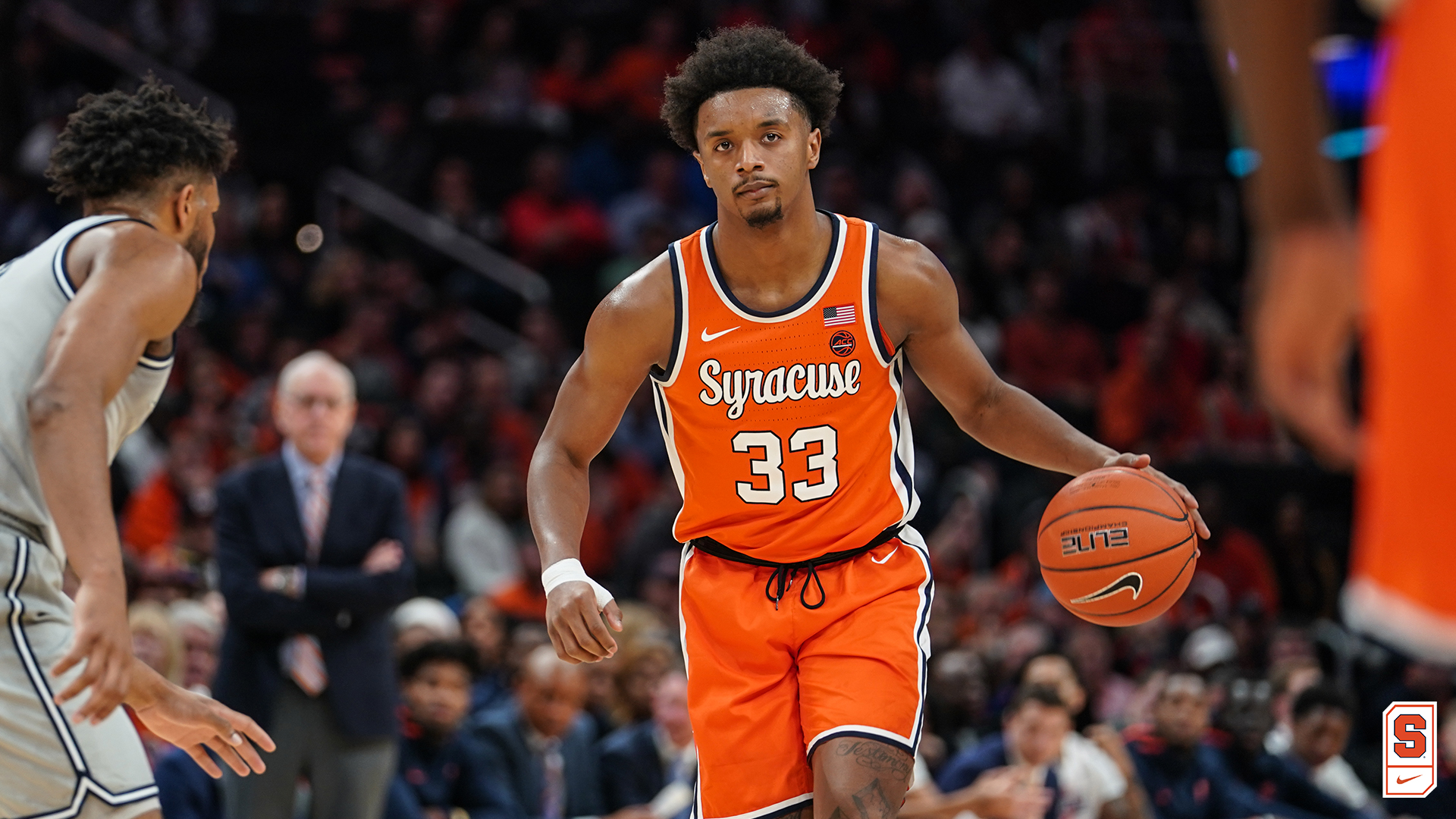 Syracuse’s Jalen Carey, who is out with a thumb injury, was ejected from the game in the second half after appearing to trip Georgetown guard Terrell Allen.

The hostilities made for some entertainment, but for all intents and purposes, the game was decided in the minutes prior to halftime.

We'll get back to work and prepare for Oakland in the Dome on Wednesday night. pic.twitter.com/J1TgNRrR64

Syracuse and Georgetown renew their rivalry when the Orange travel to the nation’s capital on Saturday, Dec. 14 for a matchup against the Hoyas. Tipoff at the Capital One Arena is set for 1 p.m.

The game will be televised on Fox and on Fox Sports Go. Fans can also listen to all the action on the Syracuse Sports Network from Learfield IMG College.

Syracuse (5-4, 1-1) has had a week off for final exams since defeating Georgia Tech, 97-63, last Saturday for its first ACC win of the year. In one of the Orange’s top offensive performances of the season, redshirt junior Elijah Hughes led all scorers with a career-high 33 points. He was 10-for-15 from the field and 7-for-7 from the free throw line. Hughes wasn’t the only ‘Cuse player to record a personal best as sophomore Buddy Boeheim added a career-high 26 points.

Georgetown enters Saturday’s game on a two-game winning streak, which has improved its record to 6-3 overall. The Hoyas defeated Oklahoma State in Stillwater, 81-74, as part of the BIG EAST/Big 12 Crossover before posting a 91-74 win at SMU last Saturday.