Homicide case continues forward, but won’t be in local court

The man accused of fatally stabbing a Pittsford woman at a home near Canandaigua Lake in the town of Canandaigua more than a week ago will next appear in Ontario County Court.

District Attorney Jim Ritts said William Fricke will not appear in town court again. A preliminary hearing had been scheduled for Friday, but was unexpectedly cancelled.

“His next appearance is expected in the coming weeks in county court,” Ritts said in an email to press on Thursday.

The 67-year-old is accused of second-degree murder. He fatally stabbed Julianne Baker, 58, of Monroe County. Dennis Gruttadaro, 62, had been injured in the attack as well, but was recently released from the hospital.

Gruttadaro owned the home where the stabbing took place. There’s an ongoing search for information related to how Fricke got from his vehicle, which had been abandoned near the Wayne-Monroe county line. He was found during the overnight hours at his home in Irondequoit.

Now though, Fricke’s case will head to a grand jury.

Sheriff Kevin Henderson is requesting the public’s assistance in the homicide investigation that happened on January 2nd in Canandaigua.

Sheriff Henderson is requesting any businesses or residential addresses on County Road 8 that may have cameras facing the road contact his office as well. A hearing that had previously been scheduled for mid-week has a new date.

Sheriff Kevin Henderson says William Patrick Fricke, who had been charged with second-degree murder for his role in a fatal stabbing, will be arraigned on Friday at 12 p.m.

Sheriff Henderson says that the District Attorney’s Office will provide further updates if they are necessary.

Sheriff Henderson says the press conference scheduled for Monday has been canceled due to a conflict with the District Attorney’s schedule.

In an update Henderson said that William Patrick Fricke, 67, of Pittsford has been charged with second-degree murder. He says that Fricke is being held at the Ontario County Jail without bail.

He’s scheduled for a preliminary hearing in Canandaigua Town Court on January 8th at 12 p.m.

Sheriff Henderson confirmed the identity of the victims as Julianne ‘Julie’ Baker, 58, of Fairport; and 62-year-old Dennis Gruttadaro, of Rochester. Gruttadaro suffered serious injuries but was listed in stable condition at Strong Memorial Hospital.

He had been airlifted to the hospital from the site of the homicide on West Lake Road.

Additional information is expected to be released today at a press conference in Ontario County after a vicious attack left a Fairport woman dead, and another seriously hurt in Canandaigua.

Deputies were called to a home on West Lake Road around 9:20 p.m. While friends identified the victim as 58-year-old Julie Baker online, Sheriff Henderson had not yet confirmed her identity.

Meanwhile, Sheriff Henderson did confirm to 13WHAM-TV that the victim was William Fricke’s ex-girlfriend. The 67-year-old Fricke is accused of stabbing Baker, as well as an unidentified 60-year-old who was also at the Lake Road home at the time.

The 60-year-old was airlifted to Strong Memorial Hospital, where he remains in stable condition. He was seriously injured in the stabbing. 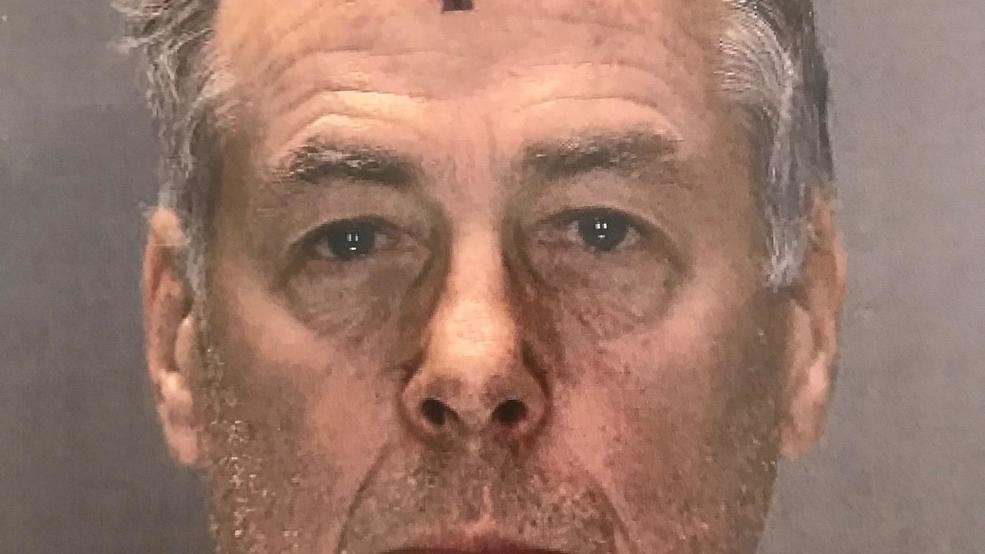 A Fairport man, identified as William Fricke, was arraigned on Saturday after a fatal stabbing at a Canandaigua home late-Thursday.

Fricke, a 67-year-old, faces a second-degree murder charge for the death of the 58-year-old woman who died after he entered the home.

Authorities say Fricke fled the scene after the attack, and was eventually being taken into custody in Irondequoit.

While Sheriff Henderson said that the victim of Thursday’s attack would be identified at a press conference on Monday – community members identified the 58-year-old as Julie Baker, a Fairport resident.

A press release was issued by Mercy High to alumni, sharing the heartbreaking news. She graduated in 1978 from the school.

Calling hours for Baker were set for Monday, January 6th from 3 p.m. to 5 p.m. at the Richard H Keenan Funeral Home located on Pittsford Palmyra Road.

Baker was predeceased by her husband Richard ‘Dick’ Baker; and survived by a number of other close family members. She was described as the heartbeat of an entire family, and was the only girl among six brothers growing up.

Sheriff Henderson reports that the suspect in connection with the Canandaigua homicide on County Road 16 will be arraigned at 5:30 p.m.

He says the name of the suspect, as well as the mugshot will be released at that time.

“No information regarding the suspect will be released until his formal arraignment and the names of the victims will be released at the press conference on Monday,” Henderson said in an update.

That press conference will take place at 11 a.m.

The Ontario County Sheriff’s Office held a press conference on Friday outlining the status of an open homicide investigation.

Two people were repeatedly stabbed in a grizzly scene on West Lake Road in Canandaigua.

Sheriff Kevin Henderson said a 58-year-old woman was killed. She died at the scene. Meanwhile, a 60-year-old man was seriously injured. Henderson said he was airlifted from the scene before 10 p.m. on Thursday.

“He was able to provide a name to the suspect, which afforded us the opportunity to focus on that person, and we were able to take him into custody within four hours of this incident,” Sheriff Henderson said during the press conference.

A suspect was taken into custody during the overnight hours.

The suspect is going to be charged formally in the next 48 hours. Investigators have not released any identifying information about the victims, nor have they announced how they were connected.

Watch the press conference below:

A homicide investigation is underway in Canandaigua.

The Ontario County Sheriff’s Office is investigating a homicide, which is said to have been reported between 9 and 9:30 p.m.

County Road 16 was closed for a period of time while crews worked the scene. A woman died at the scene, while a male was taken to Strong Memorial Hospital with serious injuries.

During the overnight hours, the Ontario County Sheriff’s Office tweeted that they had a suspect in custody.

Deputies with the Monroe County Sheriff’s Office tell News10NBC that the investigation in Canandaigua led authorities to Fairport.

BREAKING: Police investigating a scene just north of Bulter Road in Canandaigua. News 8 has crews on scene and will update you as information becomes available. pic.twitter.com/RDyrCaFl98

The Ontario County Sheriff’s Office says there is no risk to the public at this time. “This is an isolated incident,” Sheriff Henderson said to media during the overnight hours.

A press conference will be held later today in Canandaigua.

Another scene was active around 11pm. This is Monroe -Wayne County line Rd. Near 31F. A car was in the ditch at this scene. A long distance from these 3 scenes. 1. West Lake rd Canandaigua 2. Wayne county Line Rd. 3 Irondequoit. More info later on @SPECNewsROC #roc pic.twitter.com/7lplXr3vn4

To have the latest delivered to your smartphone or tablet – download the FingerLakes1.com App for Android and iOS. Follow the links below to download the app now! – Android (All Android Devices) – iOS (iPhone, iPad).