Evan Rodrigues and Zach Bogosian both scored their first goals of the season on Sunday as the Buffalo Sabres defeated the Detroit Red Wings 5-1 on Sunday at Little Caesars Arena.

Rodrigues scored twice to open the scoring, and Zemgus Girgensons and Rasmus Ristolainen also tallied for Buffalo. Linus Ullmark made 21 saves in net. 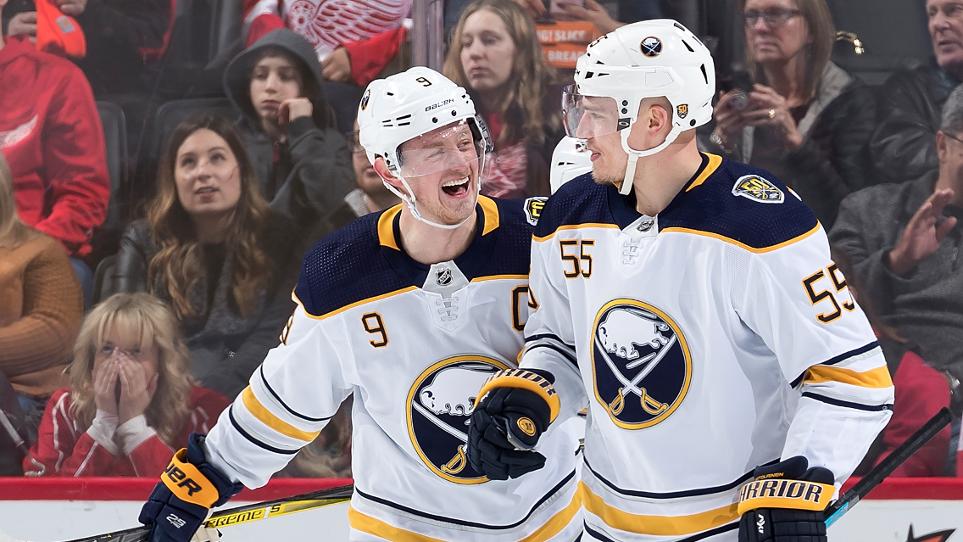 Curtis Lazar had a multi-point effort for Buffalo with two assists.

The Sabres got off to a fast start with a pair of goals from Rodrigues in the opening five minutes. On the opening goal, Lazar bowled over Filip Hronek at the Red Wings blue line and fed the puck to Rodrigues, who one-timed a shot from the slot into the back of the net 2:39 into the contest.