Jack Eichel scored on the rush with 7:57 left in the third period to put the Buffalo Sabres ahead in their 4-2 win over the Vegas Golden Knights on Tuesday at KeyBank Center.

The Sabres captain turned Vegas defenseman Shea Theodore inside out for his 28th goal of the season, tying his career high. 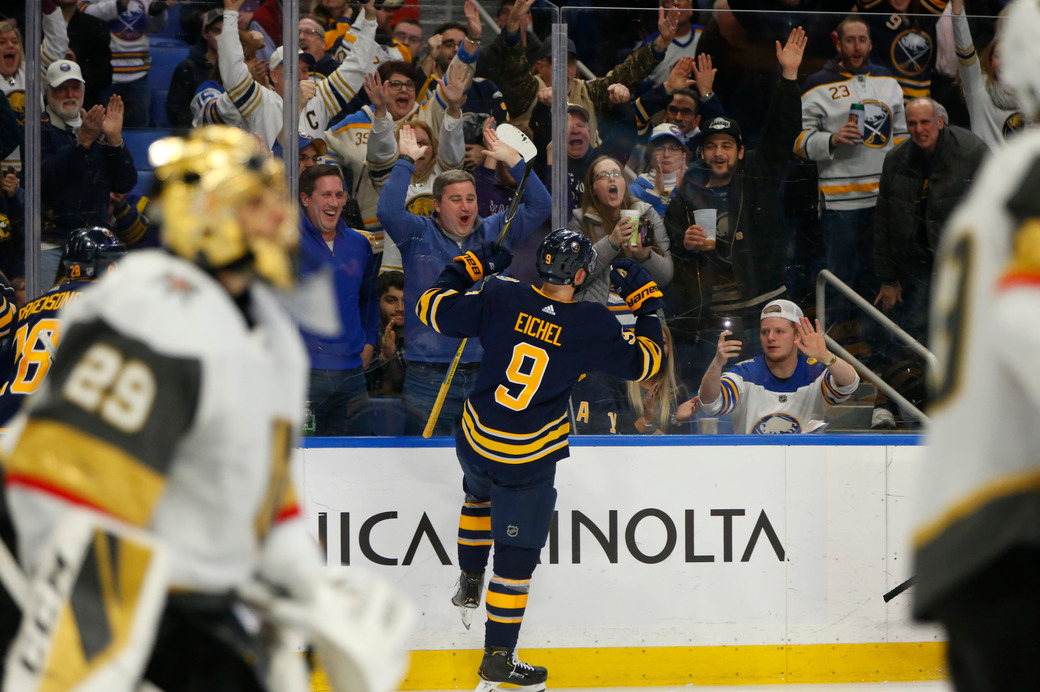 Kyle Okposo and Sam Reinhart also scored for Buffalo, and Curtis Lazar added an empty netter with 24.3 seconds left. Linus Ullmark made 24 saves in net for his 15th win of the season, tying his career high.

Reinhart recorded his 11th multi-point game of the season. With his three-point performance (1+2) against Vegas, he is producing at over a point-per-game clip at home this season (11+13) in 23 games.

2 hours ago
An Auburn businessman is running for Cayuga County Legislature. Brian Muldrow will seek the nomination for the District 15 seat, ... MORE

2 hours ago
A portion of State Route 34 was shut down in both direction during the overnight hours due to a crash, ... MORE 2 hours ago
State tax receipts through the first nine months of the state fiscal year were $2.5 billion lower than last year, ... MORE