A cement truck crashed in the Yates County town of Jerusalem on Wednesday, resulting in the closure of Route 54A for upwards of 12 hours.

Finger Lakes News Radio reports that the truck, which was owned by Hansen Cement, had overturned and slid down an embankment at the intersection with Wager Hill Road. 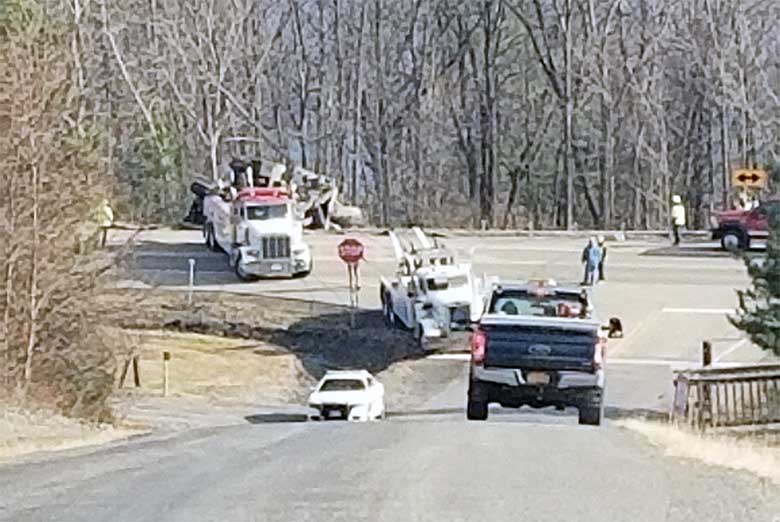 The driver was identified by authorities as 46-year-old Joseph Roe. He was airlifted to Strong Memorial Hospital for a variety of injuries.

He was ticketed for speeding, and unsafe lane change. He was also ticketed fo failing to stop at a stop sign.

First responders from Branchport-Keuka Park, and Penn Yan responded to the scene along with Medic 55, Penn Yan Ambulance, and Yates County Office of Emergency Management.

It took several hours for the truck to be removed.