Mark Miller, Director of Grants and Special projects for the NCSD, said Newark was one of several participating in a consortium of districts that applied for the grant “that supports well-rounded education with a focus on the arts.”

“The Wacom Cintiq has enabled students to draw directly on the Wacom tablet’s screen using the Wacom pen, which has helped students draw digitally in Photoshop,” explained Zeger who teaches Graphic Arts, Photography, Media Art and Arts-and-Culture at NHS. “This allows students to use the pen like a real pencil or paint brush with characteristics of traditional media. The pen is pressure sensitive and acts like a real drawing tool  _ when the pen is pressed on the tablet screen with light pressure, a thin, light line is created. With more pressure added to the pen, the line gets thicker and darker _ just like a real pencil or paint brush.”

The Wacom Cintiq tablets Zeger’s students are using, allows them to draw directly on the tablet’s screen and see a larger view on monitors in front of them.

He is thrilled his students are getting the chance to work on such sophisticated tablets that are fast becoming the art industry’s standards in studios, colleges and more.

In this day and technological age, a lot of cartoons, animation shorts and feature-length animated films are created on digital tablets, a favorite tool for animators and graphic designers. “Bob’s Burgers,” for example, is completely animated on drawing tablets, making the process simpler and more eco-friendly.

“I have seen a big improvement in the digital art that students are creating with the Wacom Cintiq,” Zeger continued. “This is the direction digital art is going and my students are getting to use technology that is found in many colleges, art studios and professional artists/illustrators’ studios. Working on these tablets is definitely giving my students an advantage. A lot of colleges have this technology and students who pursue a career in art will be able to jump right in with no learning curve. This is the direction it is all going in and we’re very lucky to have these. I have been receiving a lot of positive feedback from students and administration on using the Cintiqs. Students are very enthusiastic with this new technology!”

NHS sophomore Hayley Tack, who was creating an intriguing drawing of a blue-haired woman with cat-like eyes Jan. 17th certainly is.  While she drew, she enthused: “ I could never have done this without the Wacom tablet. I can do everything in Photoshop. It makes it super easy and drives me to try new things. It’s helped me grow as an artist. And it’s an amazing way to start my morning.”

“It’s really nice to see this enthusiasm,” Zeger said pointing out things his other three students were creating on the Cintiqs.

“I love these,” raved sophomore Rocco Salerno as he worked on fiery mountain scene featuring a fireman standing near the edge of a cliff. Salerno hopes to pursue a career as an animator or an illustrator. 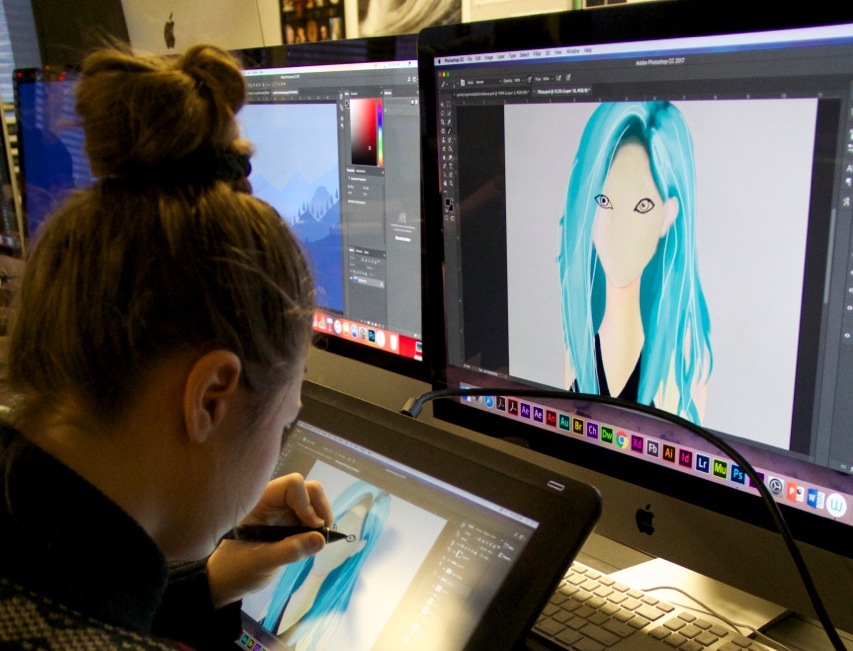 24 hours ago
– By Todd Elzey On Monday Geneva City Council met for its regular monthly work session. The meeting was held ... MORE