First responders were called to a one-car crash during the mid-afternoon hours on Weedsport-Sennett Road near Sheppard Road.

The car reportedly collided with a tree, then became engulfed in flames.

A passerby shared this photo from the scene.

First responders from Sennett and Weedsport responded. AMR Ambulance was also called to the scene.

No additional information was immediately available. 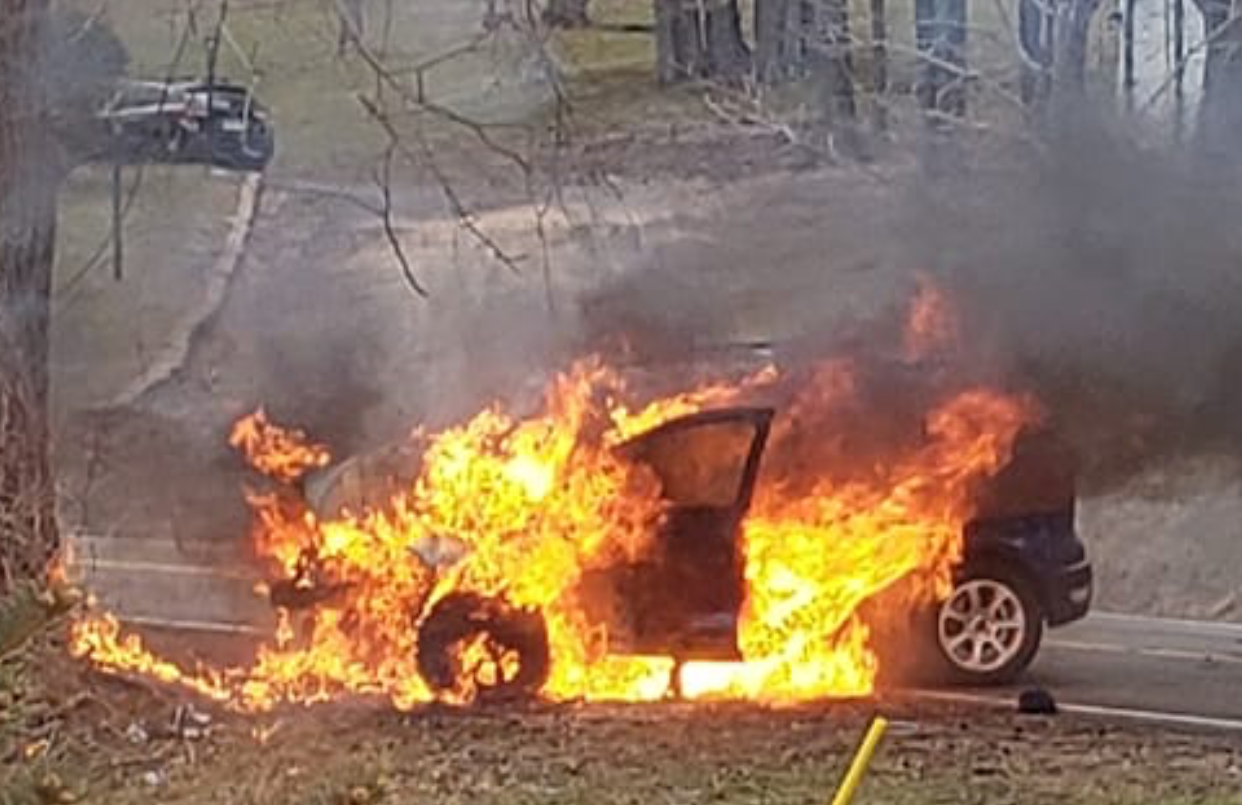