Honest local reporting is important. That is precisely what we’ve done, and will continue to do.

Editor’s Note: The following is a statement, in response to a press release sent to multiple media outlets by attorney Lee Alcott. That story can be read here [and we encourage you to do so — it’s eye-opening].

On March 13, 2020 an attorney for the Clint Halftown led faction of the Cayuga Nation released a statement, in response to reporting by FingerLakes1.com, Inc. The headline of that press release read, “BREATHLESS REPORTING ONCE AGAIN!” and worked to undermine the chronicle of events outlined by one of our journalists.

To be clear, we stand by our reporting of the March 12, 2020 meeting held at the Seneca Falls Community Center. We remain committed to telling the truth, as we have from the start – when a dozen structures on five parcels along State Route 89 were demolished in the middle of the night.

If what our newsroom reported was incorrect, or false – Mr. Alcott, an experienced attorney – could have used those words. Instead, he chose a phrase that indirectly implied bias or hyperbole in an effort to undermine our credibility and take control of the narrative.

Journalists have a responsibility to tell the truth. There are not multiple sets of facts. There is no place for manipulation in reporting those facts or truth. Our entire team will continue working hard to report both facts and truth as it pertains to actions of all members of the Cayuga Nation. 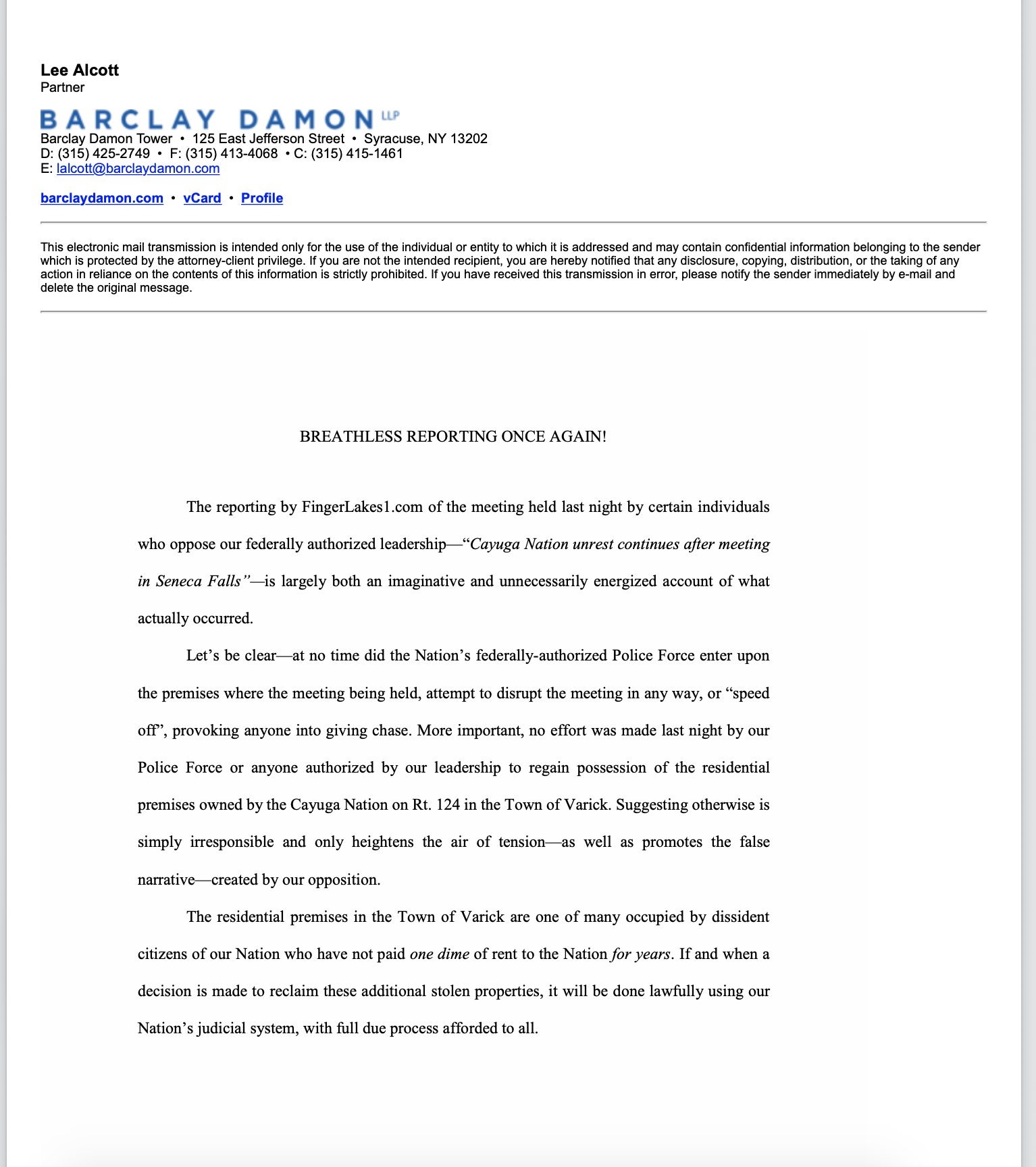