LYONS – The Finger Lakes LunaChicks roller derby team started in 2012 and has skating with a purpose ever since. As they begin their fourth season, the skaters are looking forward to improving their standing in the league, but also continuing to benefit area charities. The LunaChicks donate a portion of their proceeds to area charities for every bout at their home base at the Lyons Community Center. In the past years, beneficiaries have included Strive to Survive, House of Concern, Wounded Warriors and Trevor’s Gift . This year, Trevor’s Gift, the backpack program that feeds hungry kids in Waterloo, will be the beneficiary at the LunaChicks opening bout on April 11. “We are so family oriented, and we love kids,” said LunaChick skater Rebecca Clark. “You have to do things for the kids.”The team will will not only make a monetary donation to the program, but also is asking fans to bring a full-size box of cereal to the opening bout for Trevor’s Gift, so each of its kids will have a full-size box to take home at the end of the school year. Trevor’s Gift co-chair Doris Wolf explained that full-size boxes of cereal, which can be costly for families on tight budgets, are prized by the youngsters. “We are hoping for a large turn out to help us reach our goal of 150 boxes of cereal,” Clark said.

The LunaChicks began when league founder Wendy “Tuff Mama” Miller of Geneva decided to get a local team together after skating with the Ithaca league for several years. The team now consists of 17 Finger Lakes area skaters, some who have skated since 2012, and some who are recent additions to the ever-growing league.Other bouts for the 2015 season will be May 9th, September 19th, and October 24th at the Lyons Community Center at 4 Manhattan Street in Lyons, NY. Home bouts begin at 6 pm.Presale tickets to the LunaChicks bouts are available from any LunaChick, Rebecca Clark at cmcx29910@gmail.com or at the Lyons Community Center, phone (315) 946-6202.

Trevor’s Gift relies on the contributions of individuals, businesses and organizations to support its $30,000 annual budget. It receives no government funding. All money donated is used to buy food for nutritionally needy children in Waterloo. All expenses are donated by the volunteers who pack and deliver the food. Tax deductible donations to Trevor’s Gift can be sent to Trevor’s Gift, c/o Waterloo Education Foundation, Main St. Shop Center, Waterloo 13165. Find us on Facebook at https://www.facebook.com/TrevorsGift

17 mins ago
The Finger Lakes region is marching toward full-reopening by late-June or early-July. But what will that mean for those looking ... MORE

22 mins ago
Congressional lawmakers are considering a bill that would ban the use of chokeholds by police across the entire U.S. Sen ... MORE

27 mins ago
A fire in Yates County prompted a massive response during the overnight hours between Tuesday and Wednesday. Firefighters from seven ... MORE 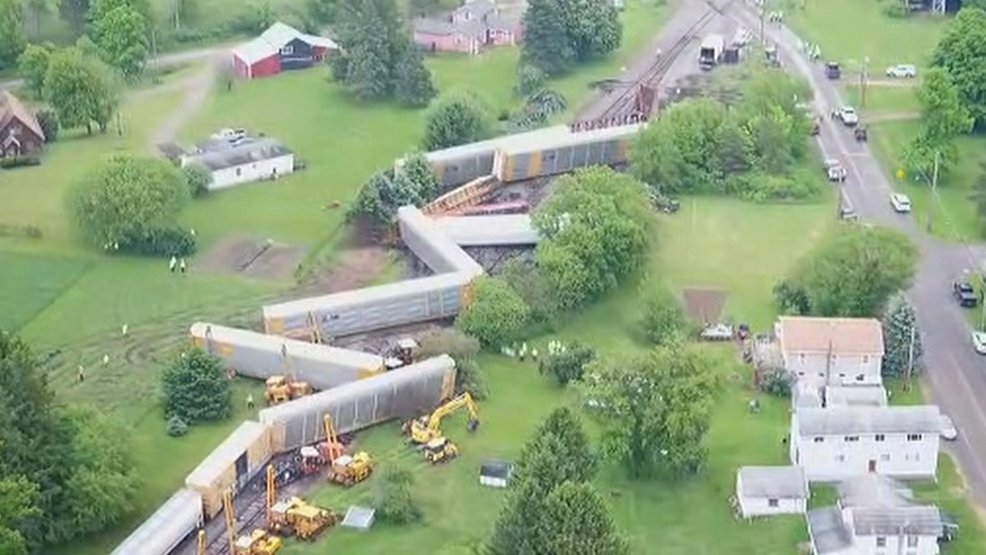 25 mins ago
No injuries were reported when a train derailed in Livingston County on Wednesday. A representative for Norfolk Southerland said a ... MORE