On Saturday at approximately 1:41 pm the Town of Seneca Falls Police Department arrested Rachael R. Winfield, age 33 of 20 Mynderse Street in Seneca Falls, for criminal mischief in the 4th following a domestic dispute. Winfield is accused of stabbing a hole with a pencil into the seat of her ex-husband’s vehicle. Winfield was released on an appearance ticket and is to appear in the Town of Seneca Falls Court on February 11th at 10:00 am to answer to the charges. 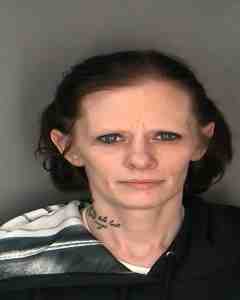 10 hours ago
Change is coming to Finger Lakes Health thanks to a new partnership and agreement with the University of Rochester Medical ... MORE

5 hours ago
On Wednesday, Governor Andrew Cuomo declared Steuben County a ‘yellow zone’ as part of the state’s micro-cluster protocols in combating ... MORE

15 hours ago
Public health officials in Schuyler County say five new cases of COVID-19 were identified on Tuesday. Three of those cases ... MORE