On February 15th at approximately 11:50 pm the Seneca Falls Police Department arrested Scott Champlin, 22, of Seneca Falls for driving while intoxicated, and leaving the scene of a car accident.Champlin was charged with driving while intoxicated 1st offense, aggravated DWI, speed not reasonable and prudent, and leaving the scene of a property damage accident. 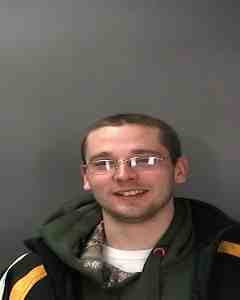