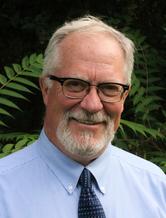 I am currently serving my eleventh year as Supervisor for the Town of Sodus. During that time, I have seen several other Supervisors come and go… each having come to the position with their own goals, morals, management styles and skillsets.

As Supervisors, we are placed on the “front lines” of local government and have to deal with hundreds of varying issues on a regular basis. In the 8 years I’ve worked alongside Brian Manktelow, I’ve found him to be 100% dedicated to the job to which he was elected.

Although Brian did his best to remain neutral relative to the proposed dissolution of the Village of Lyons, the nightmarish aftermath that ensued became his problem by default and he handled it like a pro! It’s been my observation that no matter what the challenge, Brian has the ambition, intellect and competence to get the job done. He and I have worked together on several projects where I’ve appreciated his straightforward, yet level-headed and informed approach to reaching our objective.

He’s as much at home operating a combine as he is wearing a jacket & tie and he’s comfortable talking with just about anyone. An Army Tanker himself, Brian’s respect for the men and women who serve in our military comes through loud and clear in his interaction with others.

Brian’s diverse background, his ambitious nature, his outstanding people skills and his sense of fairness are all testament to the man’s character. I believe that these fine attributes are what have made him and will continue to make him a great representative of the people.

It is with the utmost confidence that I support Brian Manktelow for State Senate, 54th District.

Let us know what you think about the race for the 54th Senate District in the comment section below.

If you would like to submit an editorial or letter to FingerLakes1.com for publishing, send us an email by clicking here. Be sure to include your name, town of residence, and keep length below 500 words.