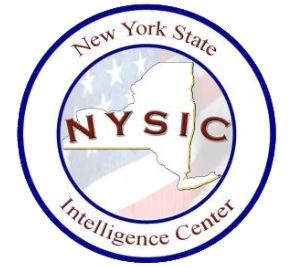 New York State Police are warning officers, as well as members of the public about recently received information from the field, which involved a member of law enforcement having an adverse reaction while handling suspected heroin.

The release, which went out to State Police on Tuesday, was publicized on Thursday. The New York State Intelligence Center says that a member of law enforcement had an “Adverse reaction while handling suspected heroin packaged in a wax envelope with a stamp of a yellow skull and crossbones image.”

The Center says that “Initial field testing of the contents of the wax envelope identified the substance to be heroin.”

The incident occurred on August 31, 2016 as a member of the State Police was processing evidence and transferring wax paper envelopes, stamped with the aforementioned yellow image of a skull and crossbones, from one evidence bag to another.

Reporting indicates the member was not wearing adequate protective gear, to include latex gloves. During the transfer of the suspected heroin the Member experienced a sensation of adrenaline and became jittery. Naloxone was administered with positive results and the Member was transported by ambulance to a local hospital for treatment and later released.

Heroin is an extremely dangerous drug and is often mixed with more potent synthetic opioids, such as fentanyl and/or fentanyl-related analogs or derivatives. These drugs pose extreme dangers to law enforcement and first responders due to incidental routes of transmission, such as absorption through the skin, lungs and mucous membranes.

Personal protective gear such as latex gloves must be worn while handling these items. Extreme care must also be taken to avoid breathing in any airborne powders when encountered. Cross contamination must also be avoided, such as handling everyday use items while wearing contaminated gloves and therefore transferring the contaminate.

The effects of these synthetic opioids can be indistinguishable from morphine or heroin, giving an intense euphoric feeling, drowsiness, constricted pupils and nausea. One dose as little as two milligrams, equivalent to the size of seven poppy seeds, can be lethal.

Multiple agencies, including a recent guest on FingerLakes1.com’s Inside the FLX podcast talked about heroin being laced with other drugs. Petrea Rae, of the Partnership for Ontario County said that the unknown inside many of these illegally traded and sold drugs is a big challenge for those handling these drugs after arrests.

25 mins ago
The governing body that writes the rules for the majority of high school athletics in the United States has released ... MORE