In an update from deputies on Friday, the details around a fire at Vance Metal in Geneva are becoming clearer.

Fire in Geneva at the Vance Metal Fabricators. Chief said a sand blaster caught fire. Worker tried to put it out but was too much. #roc pic.twitter.com/SI1tu2RMOX

The fire was located on Gambee Road, at the Vance Metal Fabricators location. Specifically, the fire was contained to building four on the property.

It remains under investigation.

Those on the scene said a fire, which broke out around midnight last night was the result of a sand blaster at the facility. According to first responders, employees tried to put out the blaze, but it was ultimately too much.

The report came in right around midnight for the facility located at 251 Gambee Road in Geneva. Those crews also attributed training for fighting fires at facilities like the one in Geneva — for their ability to quickly tamp down the fire.

The structure itself was mot damaged in the fire, but some equipment inside was damaged. The extent or cost of the damage is unclear.

Mutual aid was called from around the area for the fire. This story will be updated throughout the day. 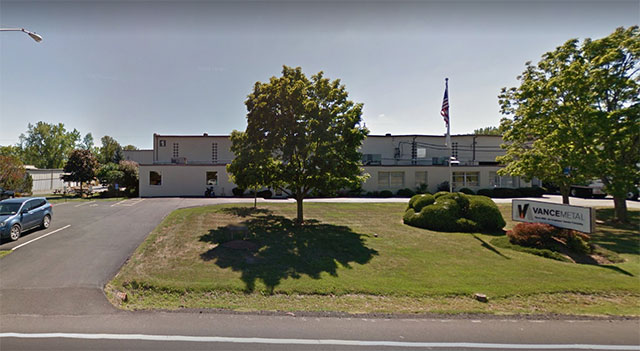 FingerLakes1.com will have more information on the incident when it becomes available. Updates will be posted here.

Vance Metal Fabricators is the name of the business.

This is the location. 30 min in. pic.twitter.com/JxReYS9NWm

There was a radio report that the fire was knocked down and they were checking for extension.

59 mins ago
The Finger Lakes Community College Foundation is accepting online scholarship applications from current and new students through May 2. The ... MORE

4 hours ago
Governor Andrew Cuomo released a statement after another allegation of sexual harassment over the weekend. This time by former aide ... MORE