Josh Donaldson homered twice to back Francisco Liriano’s successful return to the rotation and the Blue Jays withstood Aaron Judge’s Major League-leading 18th home run in a 7-5 victory over the Yankees on Friday evening at Rogers Centre.

Justin Smoak hit a two-run homer for the Blue Jays, who have won nine of their last 11 games. Donaldson went deep in the first inning off New York starter Michael Pineda for Toronto’s first run, then notched his 11th career multi-homer contest by padding the lead with a sixth-inning solo shot off reliever Jonathan Holder. 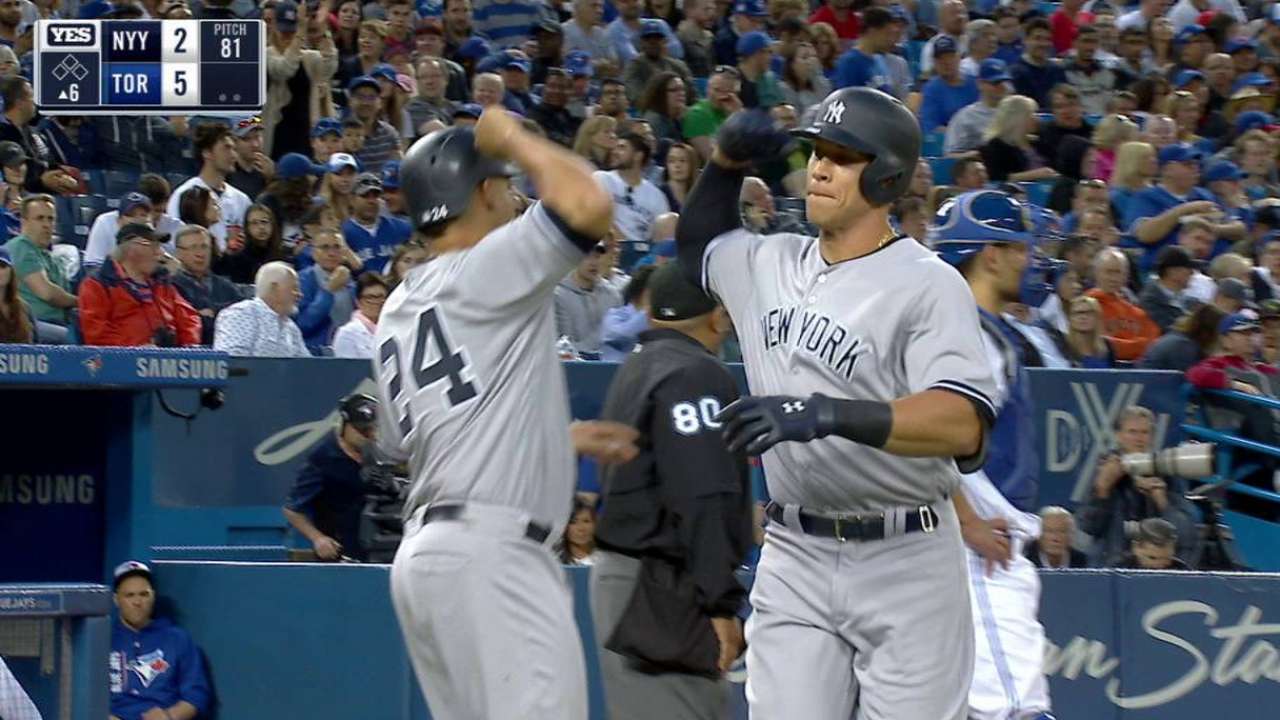 2 hours ago
– By Gabriel Pietrorazio The protests in honor of George Floyd are not stopping and tonight at 6 p.m. in ... MORE

2 hours ago
The New York State Thruway Authority says it will resume toll collection throughout the state. By Thursday, motorists will once ... MORE

8 hours ago
A pair of Rochester radio hosts have come under fire following racist comments during a broadcast on Tuesday. And by ... MORE