In an update from the Ontario County Sheriff’s Office additional details have been outlined in the serious crash, which resulted in one person being airlifted to Strong Memorial Hospital.

Deputies say that on Friday at approximately 2:57 pm first responders were called to the intersection of State Route 245 and Baldwin Rd. in Gorham for a reported one vehicle crash into a utility pole.

Upon arrival, deputies say a 2004 Subaru Legacy was facing north in the center of the roadway with significant damage to the driver’s side. The vehicle appeared to be heading south on State Route 247 when it continued straight through Route 245, colliding with a state highway sign and then shearing off the utility pole — coming to rest in the intersection. 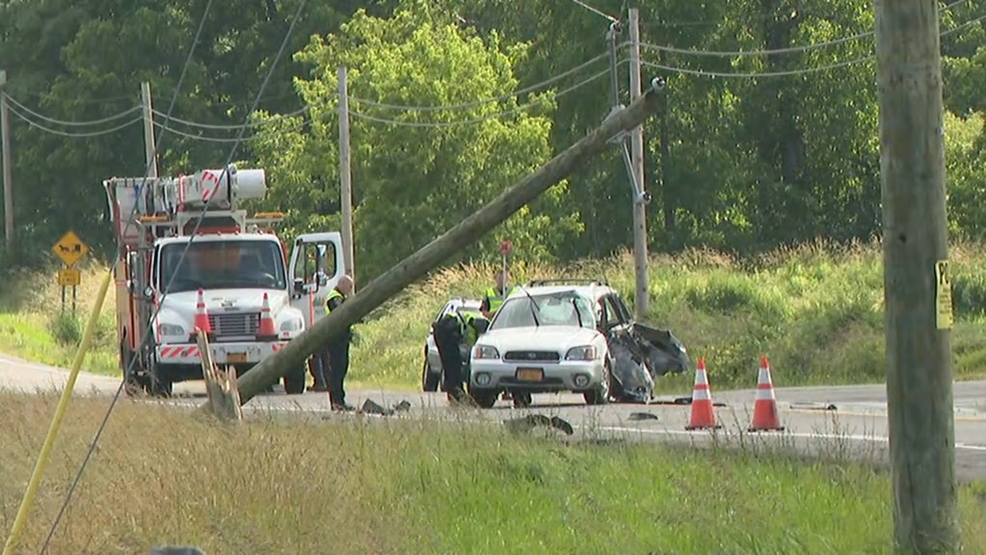 The operator of the vehicle, identified as Scott Olmstead, was found to be unconscious with what appeared to be a head and possible chest injury.

Olmstead, a resident of Cheektowaga was wearing his seatbelt at the time of the crash. Rushville and Middlesex Fire Departments, along with Middlesex Ambulance responded to the scene.

Olmstead was transported to Marcus Whitman Bus Garage where he was flown by Mercy Flight to Strong Memorial Hospital.

Ontario County Humane Society was also called to the scene and took custody of an injured passenger dog that was located inside of the vehicle.

Portions of Routes 247 and 245 were closed as deputies reconstructed the crash and NYSEG repaired the damaged pole.

Following the investigation, Olmstead was taken into custody at Strong Hospital for driving while intoxicated. He was issued an appearance ticket and will answer the charge at a later date.