Masahiro Tanaka continued his resurgence for a third straight sharp outing, striking out eight over seven strong innings as the Yankees handed the Blue Jays their fifth straight loss, 6-3, on Monday night at Yankee Stadium.

Tanaka scattered five hits in a 111-pitch effort, walking one. Darwin Barney’s soft RBI single in the seventh accounted for the only run off the right-hander, who improved to 2-0 with a 1.29 ERA in his last three starts as the skidding Yankees won for just the sixth time in their past 20 games. 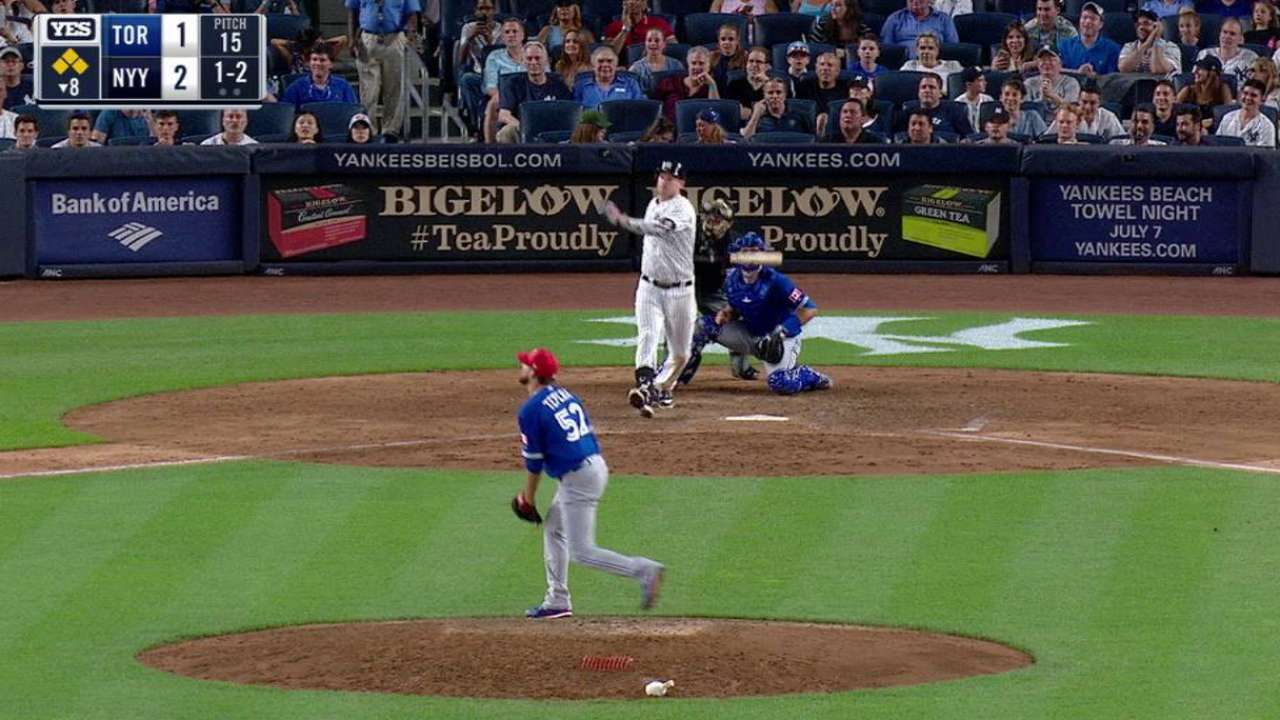