The cleanup will include removal of contaminated soil from residential and commercial parcels near the former foundry. “Public availability sessions,” as the state Department of Environmental Conservation is calling them, will be held July 12, from 3 to 5 p.m. and 6 to 8 p.m. at the Salvation Army of Geneva, 41 North St. 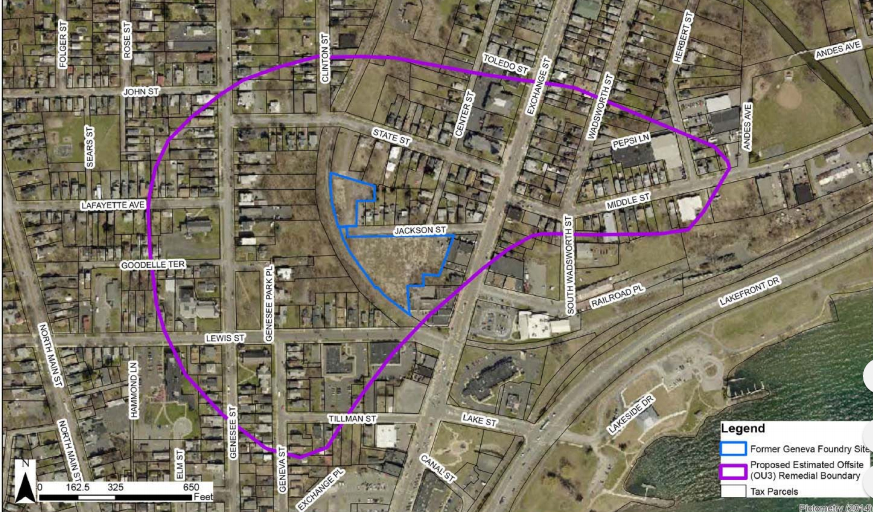 Much of the cleanup information announced by the DEC Wednesday has been previously touched on by City Manager Matt Horn, but this is the first DEC public session in quite some time focusing on the cleanup.

The city’s remediation of the foundry site itself is also expected to commence soon.

The neighborhood cleanup is expected to be a multi-year process to remove lead- and arsenic-contaminated soils around homes near the former foundry, where air emissions spread the toxins that dropped in soils. Sampling is underway to help confirm the scope of the area previously identified, the DEC said.