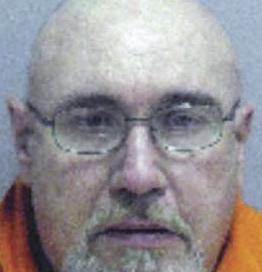 The prosecution was represented by Seneca County District Attorney Barry Porsch. The two affirmances were Porsch’s 40th and 41st consecutive wins at the Appellate Division Court.

Snyder was represent on both appeals by Amherst attorney Charles J. Greenberg.

On September 16, 2013, Snyder, formerly of Clyde, was convicted, upon his plea of guilty, in the Seneca County Court of criminal possession of a controlled substance in the third degree, a class B felony. eneca County Court Judge Dennis Bender sentenced Snyder to a seven-year term of imprisonment.

Snyder’s conviction stemmed from his unlawful possession of 150 bags of heroin, with the intent to sell it, while sitting inside his vehicle at the Petro Travel Stop in the Town of Tyre on October 6, 2011. The arrest was made by Investigators from the New York State Police Community Narcotics Enforcement Team.

On September 16, 2013, Snyder also was convicted in the Seneca County Court of criminal sale of a controlled substance in the third degree, a class B felony. The Court imposed a concurrent seven-year term of imprisonment.

That conviction stemmed from Snyder’s unlawful sale of oxymorphone, a narcotic drug, to a confidential informant at 1860 North Road in the Town of Seneca Falls on January 29, 2013. Snyder, who sold the drugs while he was released from the 2011 arrest, was arrested by Investigators from the Narcotics Unit of Seneca County Sheriff’s Office’s Criminal Investigation Division.

In its two decisions, the Appellate Division rejected Snyder’s contentions that he did not validly waive his right to appeal, that his plea allocution was factually insufficient, that the trial court’s probable cause determination was erroneous, and that his sentences were unduly harsh.

Snyder, 57 years old, is serving his sentence at Gouverneur Correctional Facility. He is eligible for parole in 2019.