For those who hoped Friday would offer some relief from the flash flooding threat that has persisted over the area the last two days — the forecast shows more of the same.

According to FLX Weather Meteorologist Drew Montreuil the region remains under the gun for flash flooding this afternoon as another round of rain and thunder moves through the Finger Lakes. 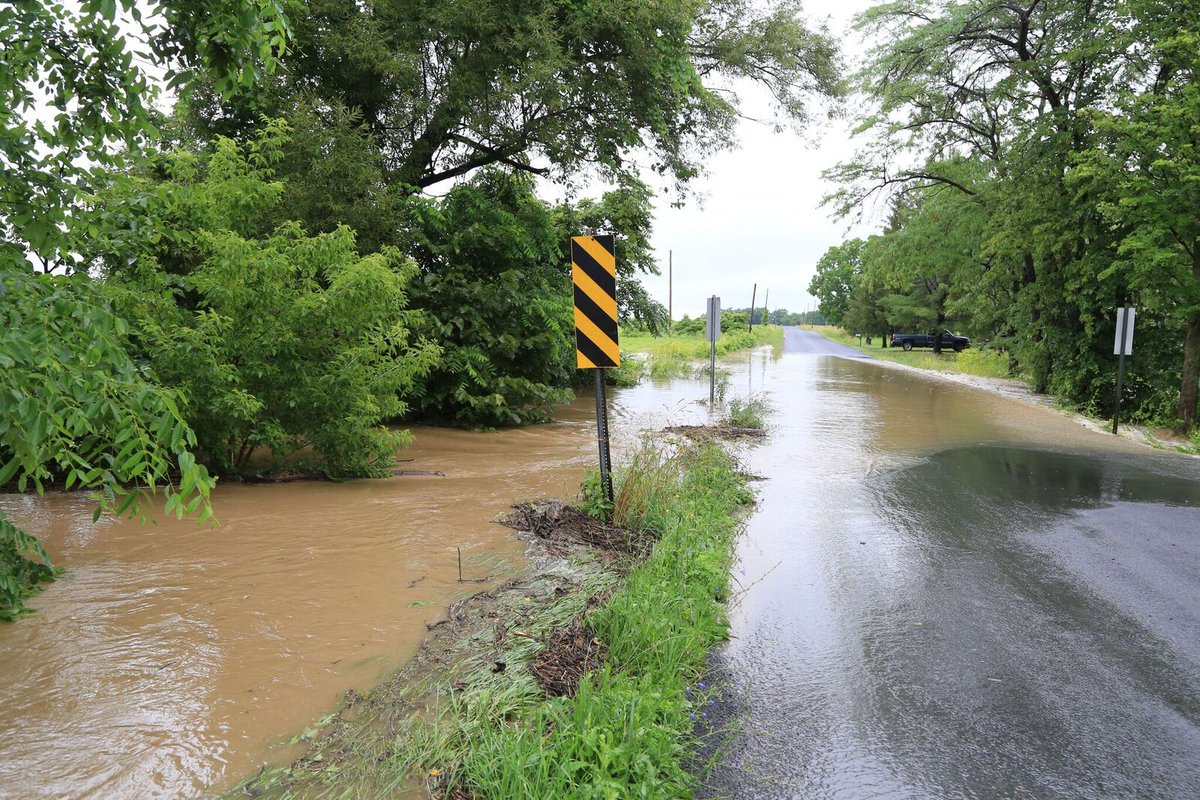 Threat for flooding on Friday continues

“Showers and thunderstorms are expected to develop over the Finger Lakes during the early afternoon hours, roughly along a line from Oswego to Canadaigua to Dansville to Olean.

The flash flood threat will be greatest to the east of this line as storms strengthen and track eastward. Further west, the flooding threat is minimal with just some scattered showers and lighter thunderstorms.

The flash flood threat will be elevated for areas that had torrential rain yesterday and Wednesday night. This includes places such as Penn Yan, Geneva, and Moravia, which continues to be hit hard time and time again this year.

For other areas in the eastern Finger Lakes that have not seen quite as much rain (less than 3 inches), the flood potential is set at low, which is a step below the more soaked areas. The threat yesterday was elevated to high.”

Photos submitted to us by Rachel Burkholder of flooding in Seneca County after Thursday's heavy rain. pic.twitter.com/JR2M1DwVHr

The weekend will not be as wet as the second half of this week has been. According to forecasters throughout the region — Saturday is expected to be the best day of the two, with drier weather persisting throughout.

Sunday the forecast looks a little unsettled as afternoon showers and thunderstorms are once again expected to fill in as the atmosphere stays moist and heavy.

Partly sunny, with a high near 79. Northwest wind around 10 mph.

A chance of showers and thunderstorms. Mostly cloudy, with a low around 65. Chance of precipitation is 50%. New rainfall amounts between a tenth and quarter of an inch, except higher amounts possible in thunderstorms.

A chance of showers, then showers likely and possibly a thunderstorm after noon. Mostly cloudy, with a high near 83. Chance of precipitation is 60%.

A chance of showers and thunderstorms. Mostly cloudy, with a low around 66. Chance of precipitation is 40%.

Mostly sunny, with a high near 84.

Mostly clear, with a low around 66.

Mostly sunny, with a high near 86.

Partly cloudy, with a low around 67.

A chance of showers and thunderstorms. Partly sunny, with a high near 82. Chance of precipitation is 30%.