Sheriff Tim Luce was one of them.

“It was a big loss, losing Izak,” Luce said. “At the same time, I really thought we should do something to honor the K-9s who have served the sheriff’s office over the years.” 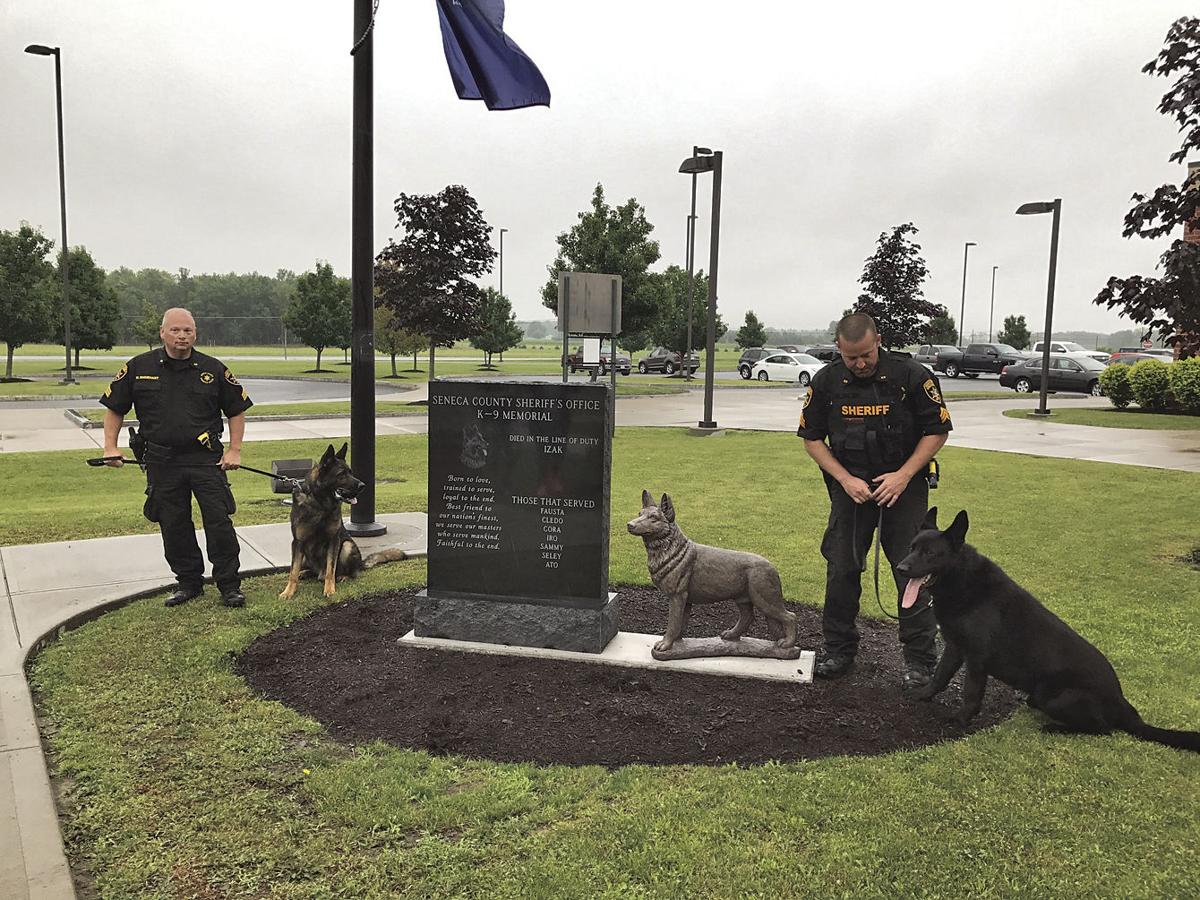 On Thursday, that thought became a reality when a new K-9 memorial was dedicated near the entrance of the law enforcement center. It has the names of the dogs who have served the sheriff’s department including Izak, who died of cancer at the age of 8 last August while he was still on duty.