The Women’s Rights National Historic Park is a federal agency legislated in 1980. The park brings some 55,000 visitors, national and international, on average to Seneca Falls each year and this year is shaping up to surpass that number. Unfortunately, Ghazala says many of those visitors tell park employees that local residents demonstrate a high level of intolerance for those who come from a different culture, who dress differently or even speak a different language. 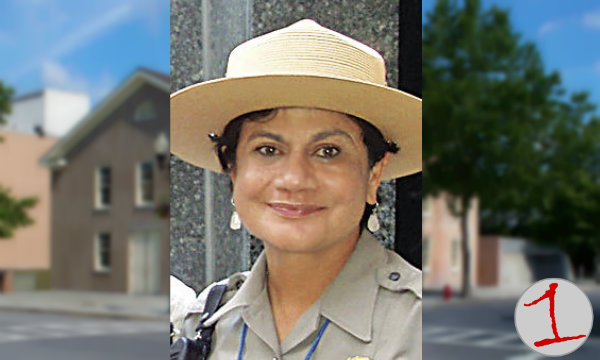 Ghazala said she has received questions from community members regarding a recent demonstration at the park wanting to know why the park would support it. Every park must have a First Amendment area, Ghazala said, where a group may demonstrate and express their views freely, but the park itself is not a political entity supporting any particular view, she added.

“It’s a show of how our democracy work,” Ghazala said. “A great demonstration of democracy.”

The events the park plans and hosts are mandated by Congress to connect history to current events, the superintendent said. This allows visitors to see the relevance of why it is so important to protect historic sites, Ghazala said.

“There’s a message that is being given from the town,” Ghazala said. “Visitors don’t feel welcome by the local community.”

She offered an example. Ghazala hired a man from California who was fluent in both English and Spanish. One day while at a local eatery, the man was speaking Spanish on the phone. He was told he was being rude and was asked to leave the establishment. The next day, the man resigned from his position at the park.

“We have some real cool places in this town,” Ghazala said. “If we could just pool our resources together in a way that benefits everyone.”

Supervisor Greg Lazzaro suggested they form a joint committee containing members of the town board, employees of the park and community members. He said the town wants economic development, they want business to come to town and they depend on tourism.