Still trailing multiple teams in both the National League Central and NL Wild Card races, the Cardinals must play exemplary baseball throughout the season’s second half to claw back into the postseason picture. Michael Wacha did more than his share Tuesday night, and the Mets gave him plenty of help, committing three errors in a 5-0 St. Louis win at Citi Field.

A half-dozen defensive misplays, including both of T.J. Rivera’s errors, allowed the Cardinals to storm out to a four-run lead in the game’s first two innings. Behind Wacha’s first career complete game, St. Louis never looked back, cruising to its fourth straight win over New York. In total, the Mets finished with as many errors — three — as they had hits against Wacha. 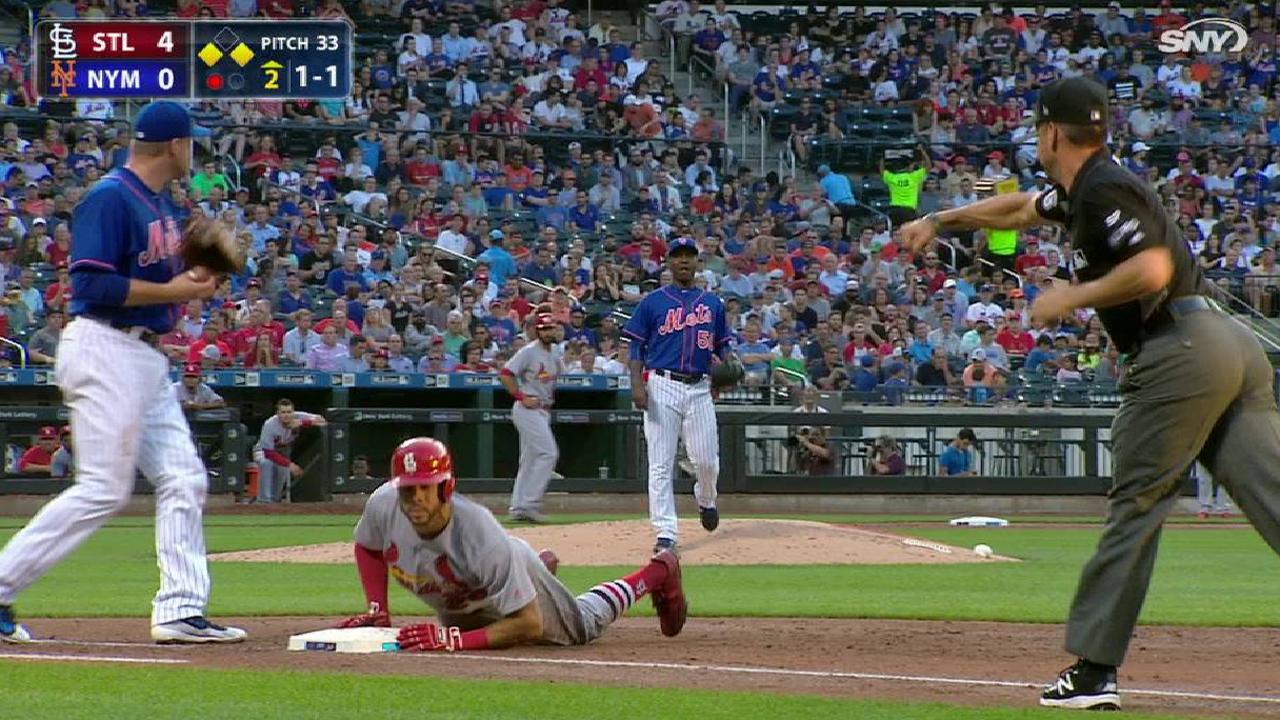