One person is dead after a truck vs. motorcycle accident that happened on Saturday shortly before 1 pm.

According to authorities, the pickup truck burst into flames after the initial impact and became “well-involved.”

State Police have identified the motorcyclist as Christopher Hillard, of Moravia.

South Street Rd. was closed between the Auburn city line and at the intersection of Sand Beach Rd. 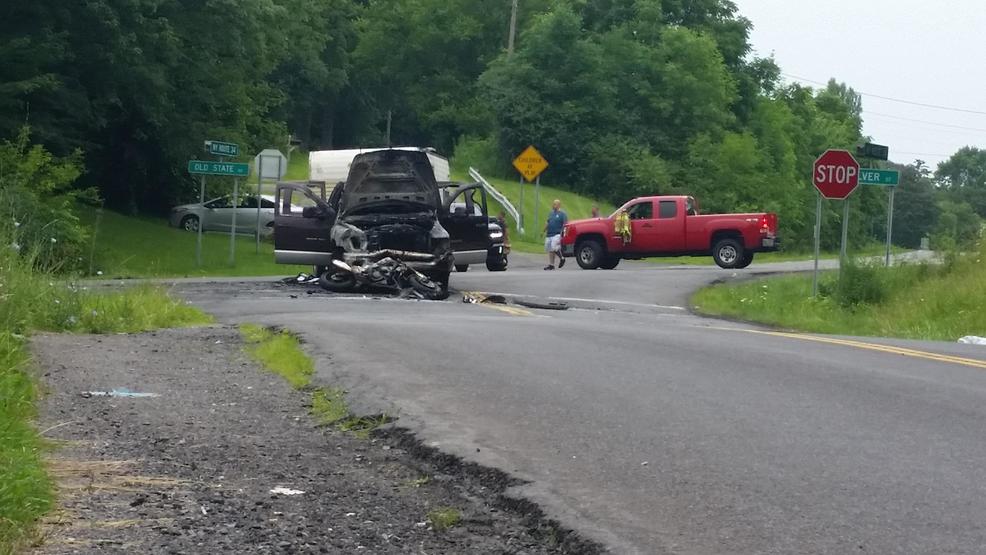 Fleming Ambulance, American Medical Response of CNY, Fleming Fire Station’s 1 and 2, as well as the Auburn and Owasco Fire Departments responded to the scene.

Auburn Police and New York State Police both responded to the scene as well.