The Syracuse football team is primed and ready to be “faster” than ever under second-year head coach Dino Babers. The Orange reported to preseason camp on Saturday for a day filled with meetings, photos and video shoots before the official first practice of camp on Sunday.

Babers, quarterback Eric Dungey and linebacker Zaire Franklin addressed the media inside Manley Field House on Sunday prior to hitting the practice field in preparation for the season opener against Central Connecticut State on Friday, Sept. 1. All three voiced their excitement for the upcoming season and their readiness to be competitive from the outset.

“I cannot wait because we have a bunch of guys coming back and some new guys coming in who can contribute,” said Dungey. “I’m excited for this team and to see what we can do.” Read More 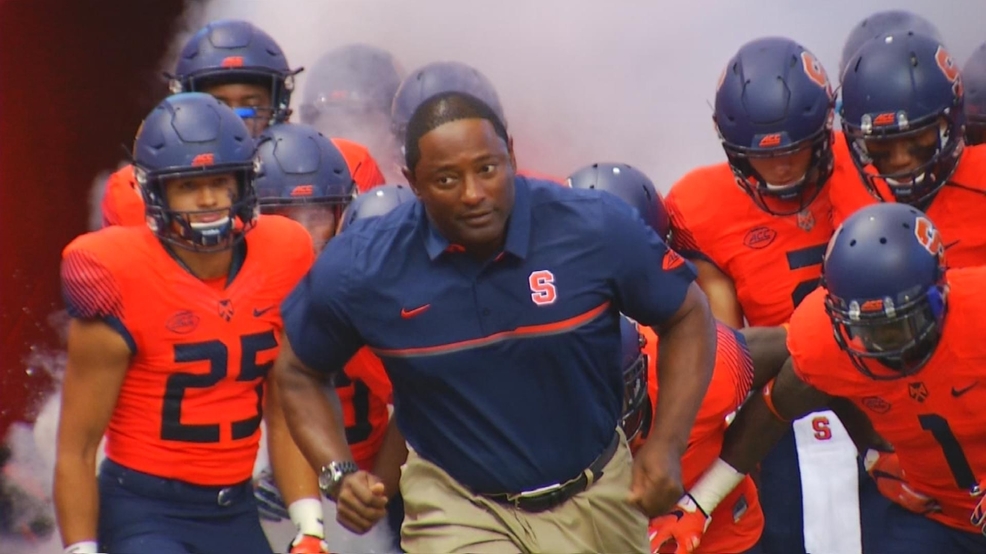