If you hear a guy between the ages of 15 and 55 say, “I played basketball for Coach Stone at Ithaca High,” you might ask “Which Coach Stone? Which stint?”

John Stone coached the Little Red for many years (from 1982-93), and his son, Brian, followed suit (assuming the helm in 2002). After putting in a decade’s worth of service, Brian took some time off before returning last season. And what a season it was…

Ithaca went 20-2 and won their first STAC championship in a very long time. Brian Stone told me, “That was big. We hadn’t won the league title in 45 years.” The Little Red stumbled in the Sectionals – cutting the stellar season shorter than they had hoped for – but Stone looks back on last year with a lot of pride. 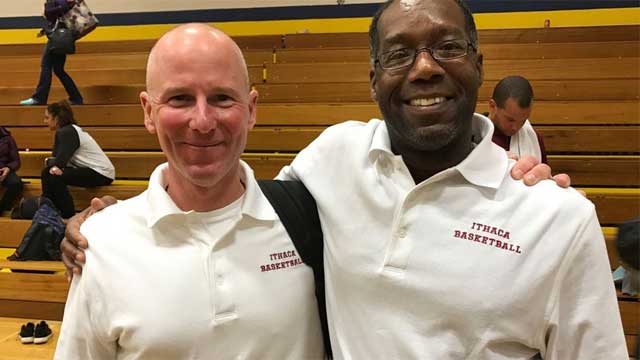