On the afternoon that Giancarlo Stanton was officially introduced as a member of his new organization, the reigning National League MVP memorably quipped that the Yankees’ wrecking-crew lineup would invite observers to “feel sorry for the baseballs.”

It took all of two pitches for Stanton to make good on that promise. Serving as the designated hitter in his American League debut Thursday, Stanton homered twice, scoring three runs and driving in four as the Yankees celebrated a 6-1 Opening Day victory over the Blue Jays at Rogers Centre. 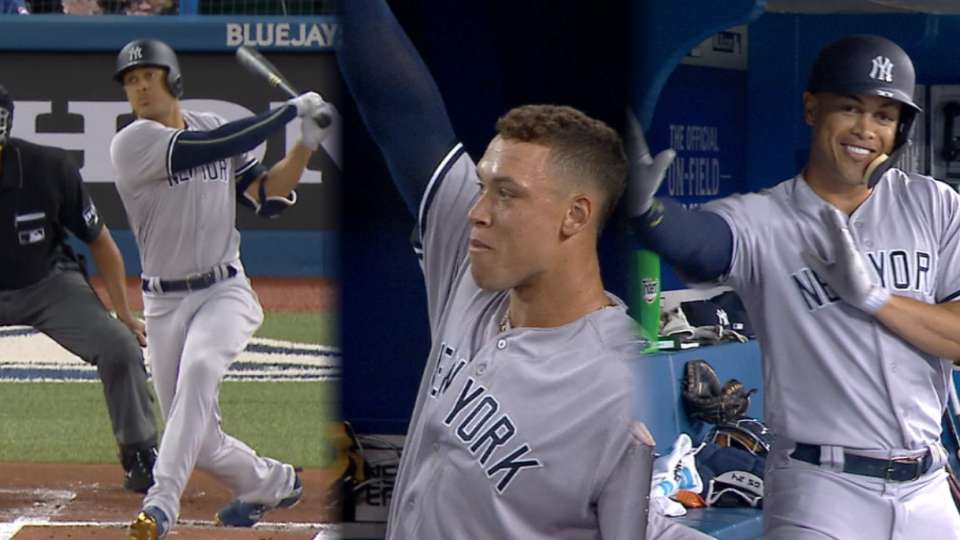