Aaron Hicks had to motor around the bases for his first home run of the season on Friday night. He was able to take his time when he hit his second a few innings later.

Hicks connected for a pair of home runs, including an inside-the-parker, and the Yankees staved off a late Tigers rally for an 8-6 series-opening win at Comerica Park.

It was the fourth career multi-homer game for Hicks, who was playing in just his second game since returning from the disabled list due to a Grade 1 strain of his intercostal muscle. He went 0-for-4 with a strikeout in his return on Thursday. 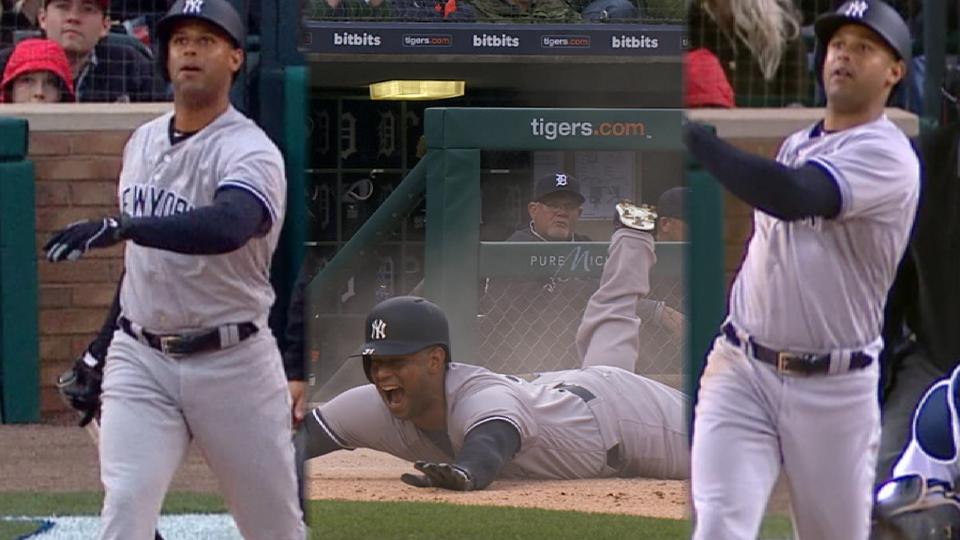