The NFL announced the Buffalo Bills’ schedule for the 2018 season on Thursday night.

The team opens the season at Baltimore, and plays five of its first seven games on the road. The Bills have a bye on Week 11, and close the season out at home against the Dolphins. 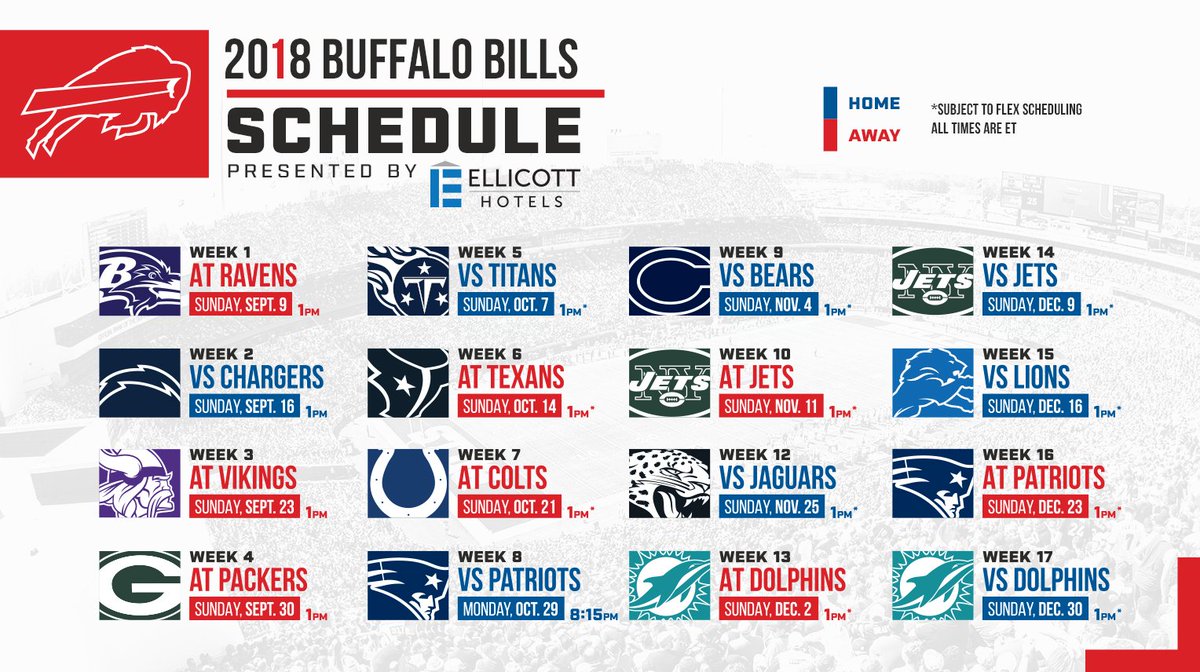 The Bills’ games, at this point, are all Sundays at 1 p.m., with the exception of a home game on Monday night football against their AFC East Division rivals, the New England Patriots.