Jacob deGrom continues to roll and the Mets got their road trip back on the winning track, disposing of the Padres, 5-1, on Friday night.

deGrom (3-0) kept his record spotless by keeping San Diego in check for 7 1/3 innings. He was threatened just once in scattering five hits and three walks. He struck out eight as the Mets, after losing two straight in St. Louis, won for the fifth time in their last 12 games.

“He’s got great stuff and he’s really using the information and mixing pitches,” Mets manager Mickey Callaway said. “He is exposing some of the hitters’ weaknesses sometimes instead of just throwing the ball out over the plate.”

Three relievers finished off the Padres, with Matt Harvey working the ninth inning in his second uneven appearance out of the bullpen this year. He surrendered a home run to Franchy Cordero and walked Jose Pirela before Freddy Galvis grounded into a game-ending double play. 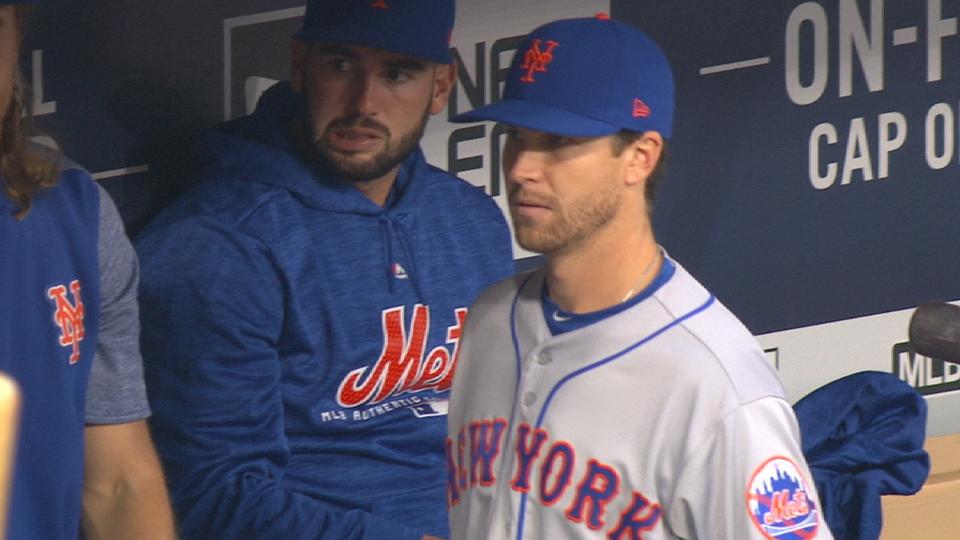