Facing an Astros club that has grown accustomed to seeing some of the best starting pitching that the game can offer, Luis Severino showcased an electric arsenal that would fit in on any staff.

Backed by a two-homer, four-RBI performance from Giancarlo Stanton, Severino struck out 10 and pitched the first complete game of his big league career, with the Yankees right-hander shutting out the Astros in a 4-0 victory on Wednesday evening at Minute Maid Park.

Severino was credited with his fifth win, tying the Indians’ Corey Kluber for the American League lead as the Yankees won for the 11th time in 12 games. Severino retired 12 of 13 through one stretch, yielding five hits and a walk as the Yankees won his fourth consecutive start. 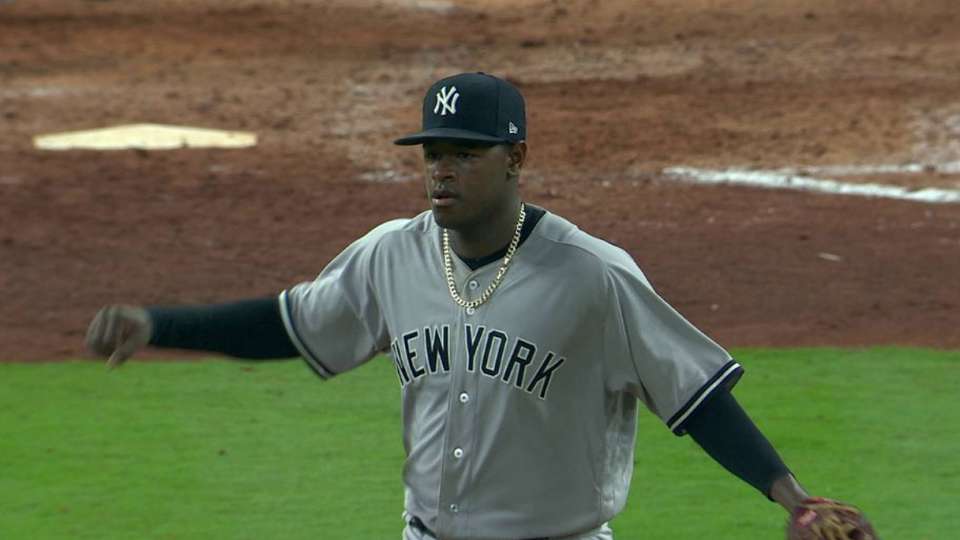