The Yankees were staring at the possibility of settling for a solid road trip and a well-fought rematch of the American League Championship Series, but a ninth-inning rally vs. the Astros produced a better outcome for the Bombers, who could savor an even happier flight home on Thursday afternoon.

Gleyber Torres blooped a game-tying two-run single and Aaron Judge knocked home the winning run on a fielder’s choice as the Yankees punched back, overcoming the Astros’ late push to earn a 6-5 victory at Minute Maid Park, securing their 12th victory in 13 games and capping a 6-1 swing through Anaheim and Houston. 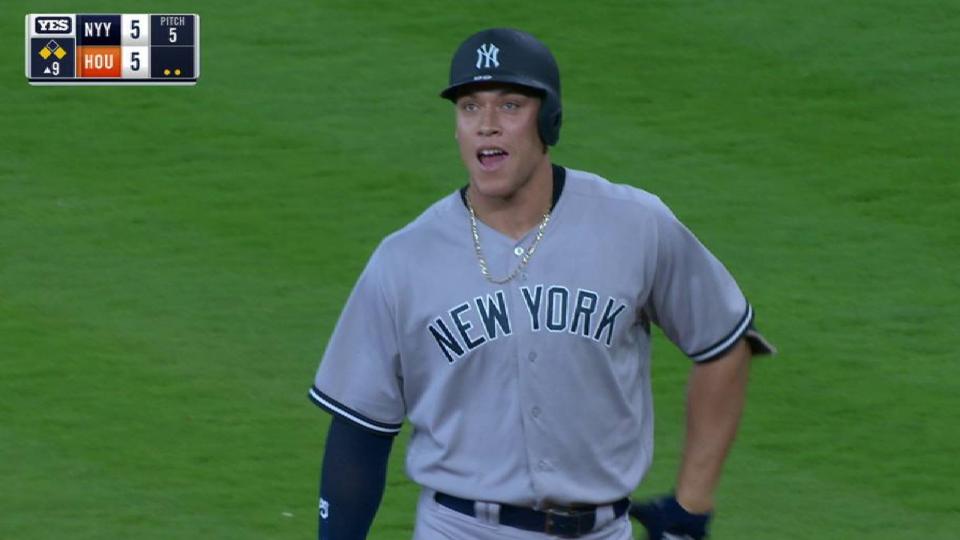