The Yankees’ wait for the authentic Giancarlo Stanton — the one who terrorized pitchers in 2017 — may finally be over. It may have been a slow start for the defending National League MVP since his trade to New York from Miami, but with four hits and three RBIs on Sunday vs. the A’s, the slugger appears to be on a much-awaited tear.

Stanton had a two-run single in the first inning and solo homer into the home bullpen in right-center in the fifth to lead the Yankees to a 6-2 victory over Oakland before 40,538 at Yankee Stadium after rain delayed the Mother’s Day contest for two hours and 45 minutes. The Yanks have now won 19 of 22, have captured seven straight series and are tied with Boston at 28-12 for baseball’s best record one-quarter of the way through the season. 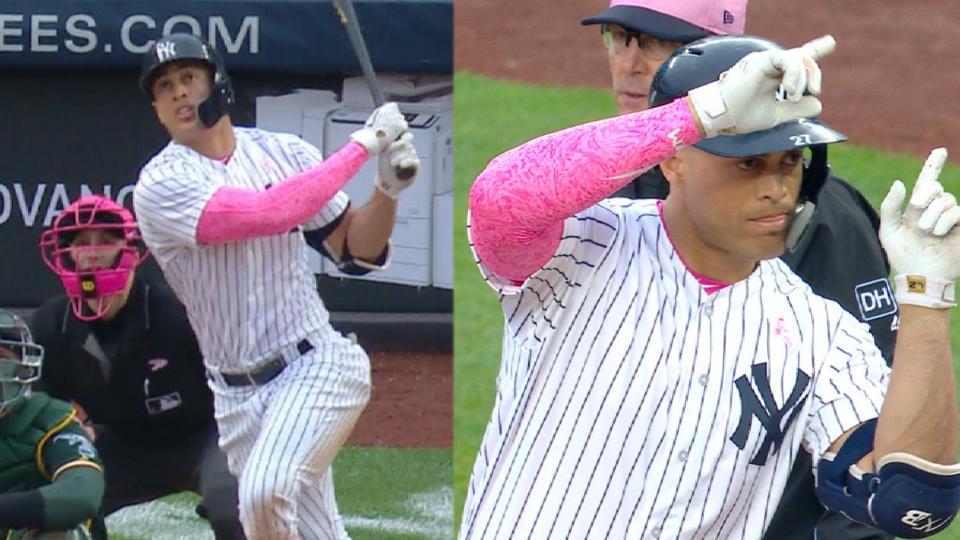