Sonny Gray was working on eight days’ rest on Sunday and he obviously made the most of his extra time off between starts.

Gray turned in his best outing of the year by allowing just four hits over eight innings as the Yankees rolled to a 10-1 win over the Royals in the rubber game at Kauffman Stadium. For Gray, who entered the game with a 6.39 ERA, it was all about getting in a rhythm with first-pitch strikes. The right-hander didn’t allow a hit until Hunter Dozier singled with two out in the fifth. 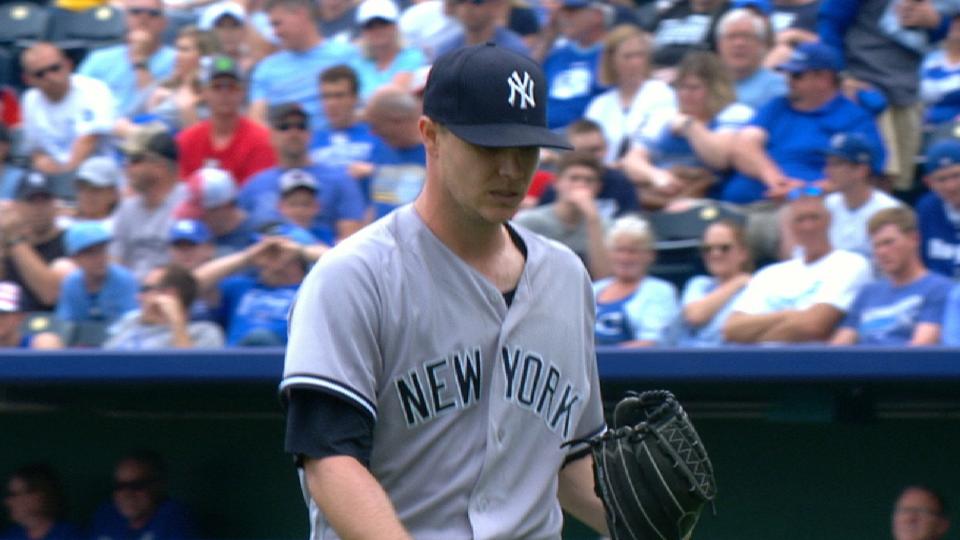