The careers of some Mets, more than others, will always be intertwined with that of Sandy Alderson. Zack Wheeler’s life flipped upside down when Alderson made him the first significant acquisition of his tenure as general manager back in 2011. Yoenis Cespedes represented one of the largest risks that Alderson took. Brandon Nimmo became one of the boldest Draft choices in franchise history. All those players owe some significant portion of their career arcs to Alderson. 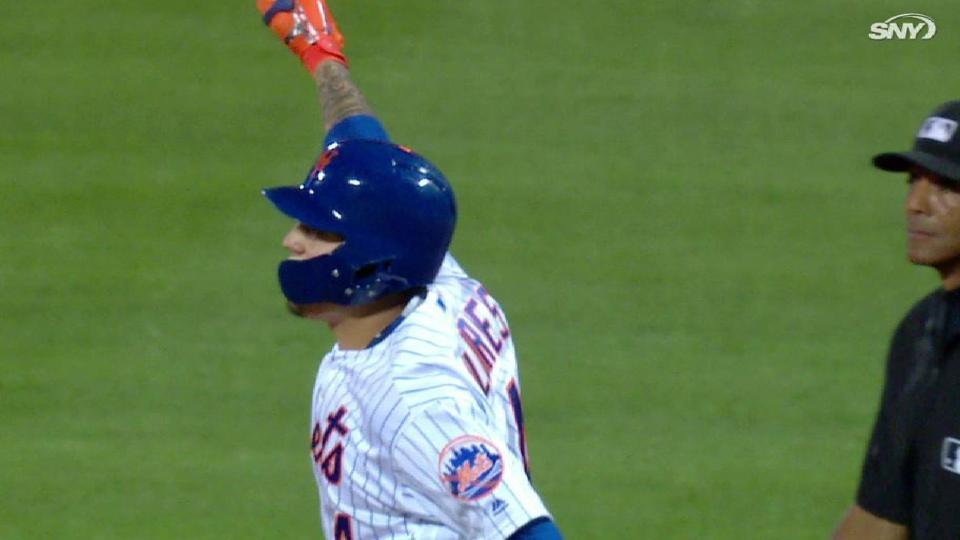 Then there is Wilmer Flores, whose walk-off single in the 10th inning Tuesday gave the Mets a 4-3 win over the Pirates, hours after Alderson announced he is taking a leave of absence as GM. It is unlikely that any event yet to come in Flores’ career will eclipse the non-trade that nearly sent him to Milwaukee in 2015 — the teetering domino that led to Flores crying on field, to the Mets’ acquisition of Cespedes and, ultimately, to the team’s hairpin turn and acceleration toward October.