An evening filled with missed opportunities finally caught up to the Yankees on Monday, as Aaron Judge’s 6-foot-8 frame could have used one more inch to bring in Ronald Acuna Jr.’s deep drive off David Robertson. The ball tipped the top of his glove and landed in the seats for a two-run homer, lifting the Braves to a 5-3, 11-inning victory at Yankee Stadium. 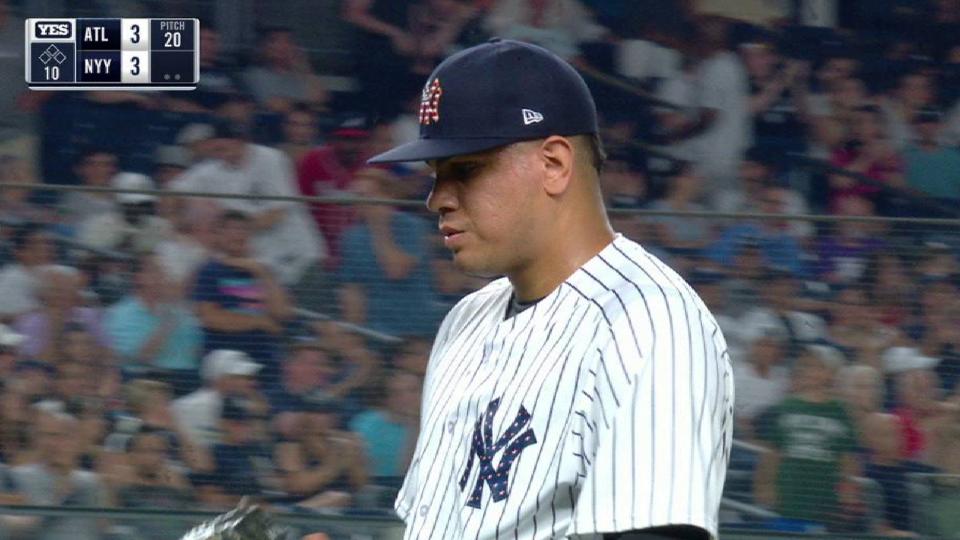 As the standout Atlanta rookie rounded the bases, celebrating his seventh big league homer, the Yankees could only blame themselves for allowing the game to get to that point. Despite an early homer by Judge and the first three-hit game of Gleyber Torres’ young career, New York finished 0-for-12 with runners in scoring position, leaving 12 men on base.