Aaron Hicks’ power surge continued north of the border on Friday, as the Yankees outfielder slugged his career-high 16th home run in the third inning of the Bombers’ game against the Blue Jays at Rogers Centre.

Hicks connected with a 2-2, 87-mph sinker from Toronto starter Sam Gaviglio, mashing a line drive to center field. It cut New York’s deficit to 5-1 at the time. Hicks later walked with the bases loaded in the fifth to notch his second RBI of the game. 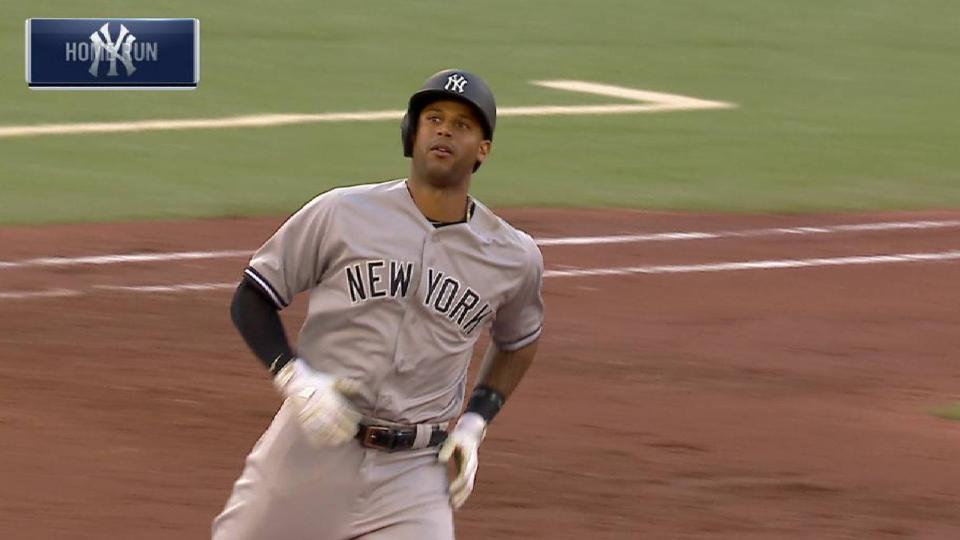