The Yankees have been locked on each of J.A. Happ’s recent starts, believing that he can help in their quest to beat out the Red Sox in the American League East. Brett Gardner and Aaron Judge may have ensured that the veteran lefty flunked an audition to try on the pinstripes. 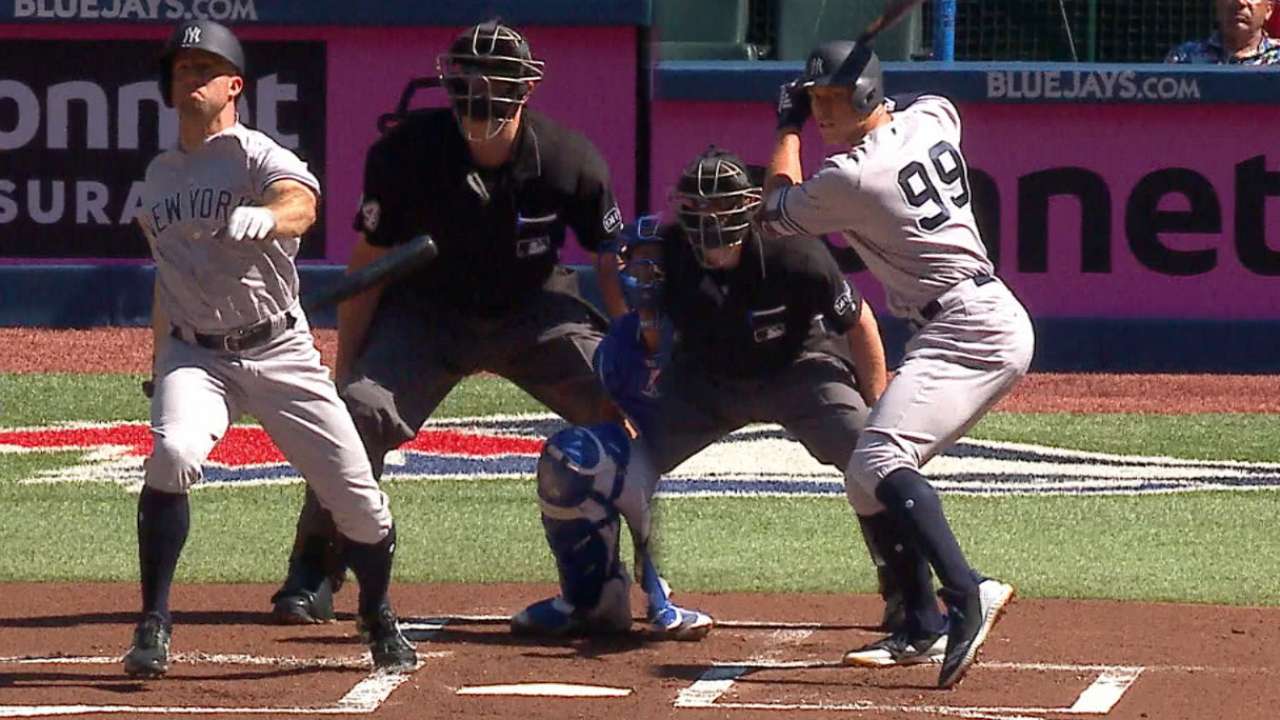 Gardner and Judge opened the game with back-to-back homers off Happ, who recorded just eight outs before being dispatched to the showers. Luis Severino embraced that early cushion to secure his Major League-leading 14th victory, helping the Yankees to an 8-5 victory over the Blue Jays on Saturday afternoon at Rogers Centre.

“You feed off that. It brings good energy,” Judge said. “You’ve got your game plan set up for the starting pitcher. To see your leadoff hitter go out there and get that first one on the board, it pumps everybody up and says, ‘Hey, let’s go out there and attack this guy.’ That’s what we were able to do.”