The words “Happy Flight” were scribbled in large block letters on a dry-erase board in the visitors’ clubhouse at Camden Yards on Wednesday afternoon, informing each passing member of the Yankees that the expectation was to leave town with a victory in hand.

Sonny Gray’s strong outing and a trio of big swings ensured that there would be smiles in the sky. Supported by Greg Bird’s first career grand slam, Tyler Wade’s first career home run and an Austin Romine blast, the righty rebounded from back-to-back clunkers to silence the Orioles over six scoreless frames, leading the Yankees to a 9-0 victory. 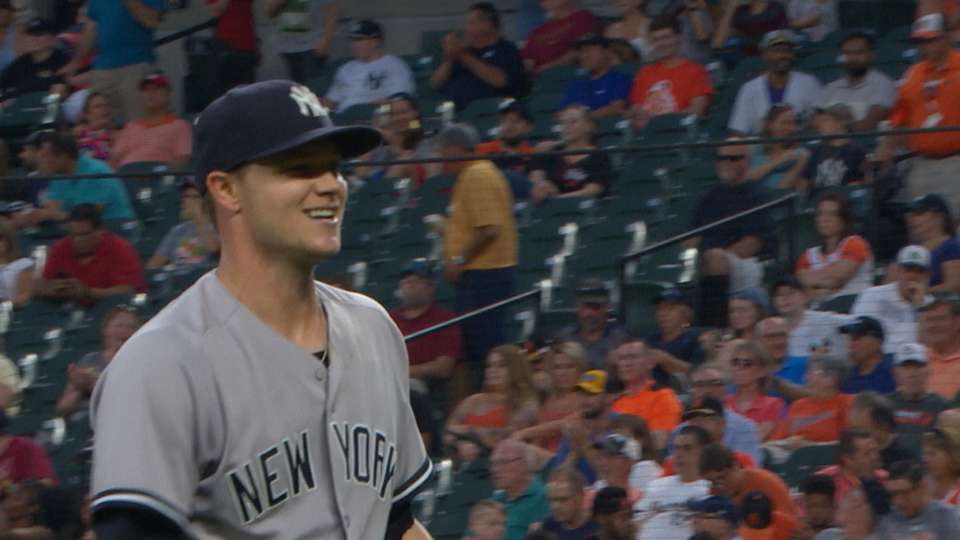 The Bombers secured a split of the four-game series in the Inner Harbor by hammering Dylan Bundy for a five-run third inning. Giancarlo Stanton knocked home a run with a single before Bird clanged the ninth pitch of his at-bat off the right-field foul pole, tying his career high for a second consecutive game with four RBIs.