The Auburn Doubledays scored a pair of runs in the seventh inning, but fell to the Aberdeen IronBirds 8-2 at Ripken Stadium Saturday. 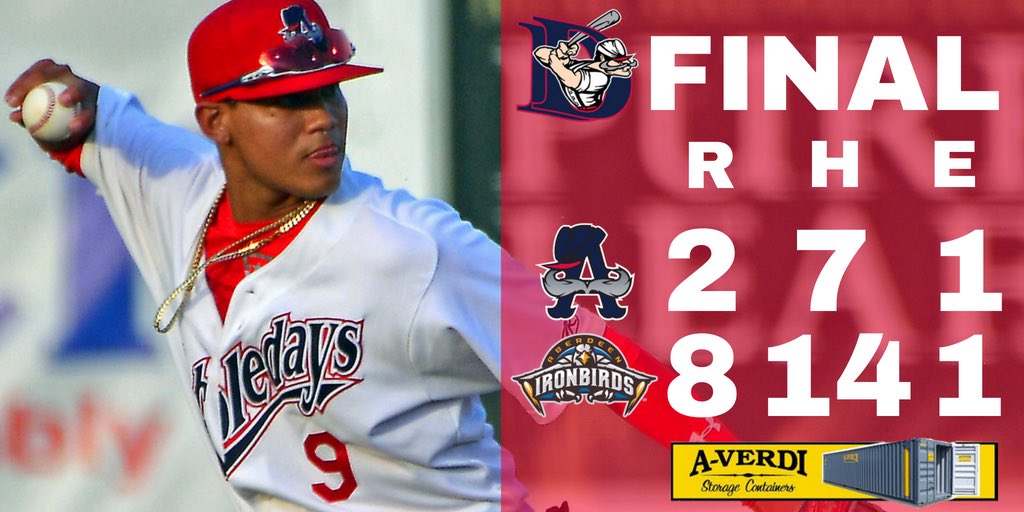 Gilberto Chu gave up seven hits, a walk and six earned runs over the next 3 1/3, and Nector Ramirez allowed two hits over the final 1 1/3 innings.

Welcome to the House that Ripken Built. pic.twitter.com/riEaIYZJKd