The acquisition of left-hander Zach Britton added depth to an already deep Yankees bullpen, giving the club reassurance if a starter would have to exit the game early. When right-hander Sonny Gray’s solid night was cut short after getting hit in the hand with a comebacker, the Yankees’ game plan was on full display. 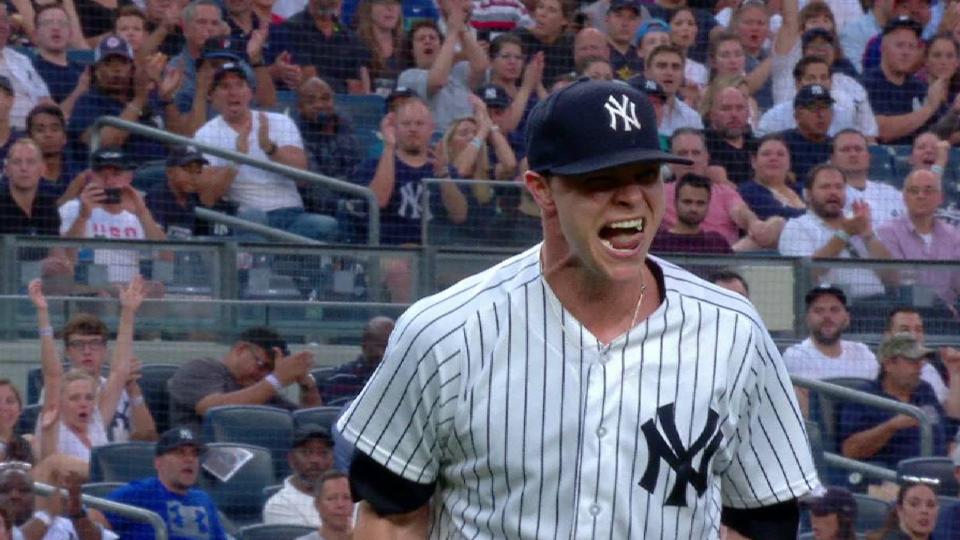 Gray tossed five stellar innings of three-hit ball, allowing just two walks and striking out five, and Britton worked a scoreless eighth inning in his Yankees debut to lead New York to a 7-2 victory over Kansas City on Thursday evening at Yankee Stadium.

Gray was looked at on the mound by the Yankees’ training staff after the comebacker in the fifth inning, but he remained in the game. With runners on second and third and two outs, the right-hander escaped the jam by striking out Rosell Herrera. But Gray did not come back out for the sixth after throwing just 75 pitches, raising concern that the comebacker may have prompted the starter’s night to come to an early close.

21 hours ago
Social Security Commissioner Andrew Saul provided an update on COVID relief funds, which will be deposited or sent to social ... MORE

14 hours ago
Add Cayuga County to the list of municipal entities that have enhanced social distancing measures by issuing an emergency order ... MORE