Four heads bobbed through a field of sunflowers in the nearly 90-degree heat Sept. 4, navigating a maze carved out in its corner.

“This is our first time doing the sunflowers and the sunflower maze,” said Linda Eldred, who owns the Strawberry Fields Hydroponic Farm with her husband, Doug. “It’s really been a fun thing to do. We hope to do it every year.”

The couple decided to create the maze in order to add another draw to the 4240 E. Genesee St. Road farm. With it, Eldred said, people can “not only experience strawberries like never before,” but also sunflowers. The maze is shaped like a large strawberry with blooms, and spans about an acre. 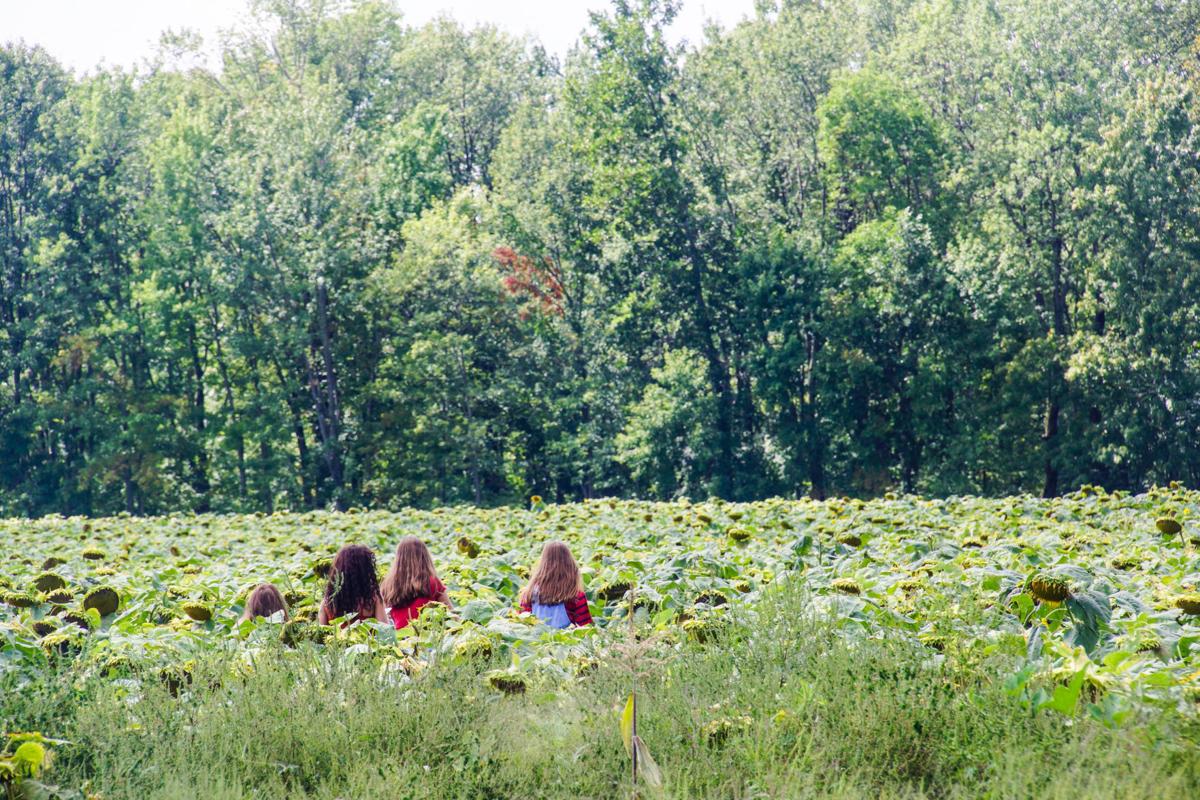 Ever since the sunflowers hit their peak — seemingly overnight just in time for August, Eldred said — many people have been stopping to take pictures with them.

“We’ve had brides and grooms doing pictures,” Eldred said. She added that people also pay to walk in the maze to take photos surrounded by sunflowers.

“You’d think people wouldn’t be interested anymore because (the sunflowers) have lost their prettiness, but they’re still doing it,” Eldred said of the maze, acknowledging that the sunflowers have recently become more droopy. “The sunflower is such a happy flower, too. … That’s what people keep saying.”